Government ministers are being urged to lead the way in finding a permanent solution to unprecedented unauthorised traveller encampments that have put police resources under considerable strain this year. 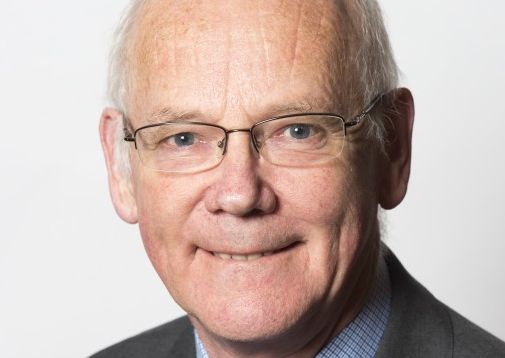 Government ministers are being urged to lead the way in finding a permanent solution to unprecedented unauthorised traveller encampments that have put police resources under considerable strain this year. The Association of Police and Crime Commissioners (APCC) is calling for a wide-ranging review of legislation governing the balance between travellers rights and those of settled communities. David Munro, the APCC national lead for Equalities, Diversity and Human Rights, which includes Gypsies, Roma and Travellers (GRT), wants to see an end to the heightened community tensions burdening forces across England and Wales. The Surrey PCC has written to the Home Secretary and the Secretaries of State for the Ministry of Justice and Department for Communities and Local Government asking for a more productive path to lessen the impact on local communities while meeting the needs of the travelling community. He has canvassed the views of PCCs who are pressing the Government to examine a number of key areas  a better understanding of Traveller movements, improved cooperation and a more consistent approach between police forces and local government and a renewed drive to make greater provision for transit sites. Mr Munro said: Policing alone cannot provide the complete answer and we must work more closely with local government and national bodies to come up with ways of meeting this challenge. We need a nationally coordinated approach and must use collective powers to address these unauthorised encampments whilst offering alternative measures to support everyones needs and chosen living arrangements. Im keen that we do not lose sight of the law and our primary aim remains safeguarding vulnerable people. Unauthorised encampments not only put significant pressure on police and partner agencies, but they can also cause heightened community tensions and resentment. Whilst it is only a minority that cause negativity and disruption, the whole GRT community is too often victimised and can suffer widespread discrimination as a result. Unauthorised encampments are often a result of insufficient supply of permanent or transit pitches. Therefore my call to government is to seriously address these challenging issues and carefully examine what can be done to provide a better solution for all communities. He added: As the national APCC lead for Equalities, Diversity and Human Rights issues, I am committed to helping challenge misconceptions around the GRT community. I want to make it absolutely clear that it remains completely unacceptable for any heightened tensions created by unauthorised encampments to be used as an excuse for intolerance, discrimination or hate crime towards this community. Mr Munro has dealt with the traveller issue in his own Surrey back yard this summer, talking to council chiefs to find a longer term solution after groups moved onto unauthorised sites in Staines, Epsom, Cobham, Woking, Send and Farnham. Travellers at a site in Chertsey raised concerns about the online reaction to their presence in the Surrey district. It is not fair to judge somebody when you don`t know them, said a spokesperson for the group. The council has simply not built anywhere for us to go, the sites they do offer have a 40-year waiting list. We have been going around the area picking up litter just because we know we will be blamed for it otherwise.