Staffordshire police and crime commissioner (PCC) Matthew Ellis has sent his business case to the Home Office proposing the transfer of fire and rescue service governance despite response to a consultation being evenly split. 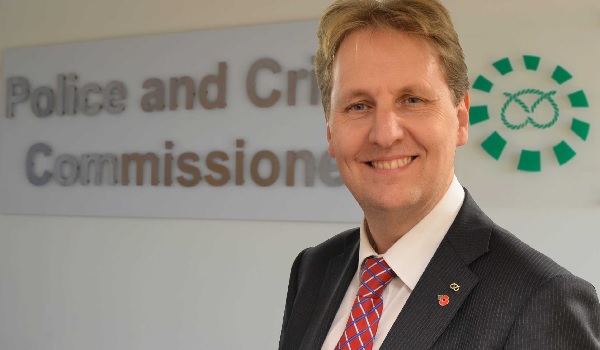 Staffordshire police and crime commissioner (PCC) Matthew Ellis has sent his business case to the Home Office proposing the transfer of fire and rescue service governance despite response to a consultation being evenly split. Following an eight-week consultation on the future of the governance of the fire and rescue service in Staffordshire, 51 per cent of the 1,673 members of the public agreed with his proposals. Mr Ellis proposed the Governance model, which involves the scrapping of Staffordshire Fire Authority. He claims this would save the fire and police service between £6-7 million a year by 2020. Around a third of fire and rescue service personnel responded to the consultation and an even lower number from the police service took part. Mr Ellis said this showed lack of response, which surprised him. Just 40 per cent of those working for the fire service wanted a change from the current governance arrangements, and almost two-thirds of those from the police service agreed with Mr Elliss proposals. Most of these respondents opted for the representation model, which would see Mr Ellis become a voting member of the Staffordshire Fire Authority, or the single employer model, meaning the PCC would take on full responsibility the fire service and create a single employer to run the fire and police service. However, Mr Ellis said he rejected the single employer option because he believes the Fire Service should be run by a fire officer and the police service should be run by a police officer. He added: After prolonged consideration of the facts and the consultation responses I have made a decision to submit a business case and related documents on a change of Staffordshire Fire and Rescue Service governance to sit alongside police governance in what is called the PCC Governance model. More than 120 elected representatives responded to the consultation with 58 per cent supporting a change of governance. Staffordshire County Council backed the idea of greater collaboration between the police and fire service, but it did not support Mr Elliss preferred option, instead voting for him to become a member of the fire authority. The County Council believes that the current Police and Crime Panel scrutiny arrangements are not strong enough to hold the PCC to account under the proposed Governance Model; they would have to be enhanced and we would request the relevant legislation is examined in greater detail, it said. Essex PCC Roger Hirst officially became the first police, fire and crime commissioner on October 1. He is one of eight PCCs considering a change of governance. The other seven  all Conservatives  are all at various stages of the takeover process.