PCC calls for the Government to consider police staff funding

Surrey’s police and crime commissioner (PCC) is urging the Government to consider funding for police staff alongside the rollout of an extra 20,000 police officers nationally. 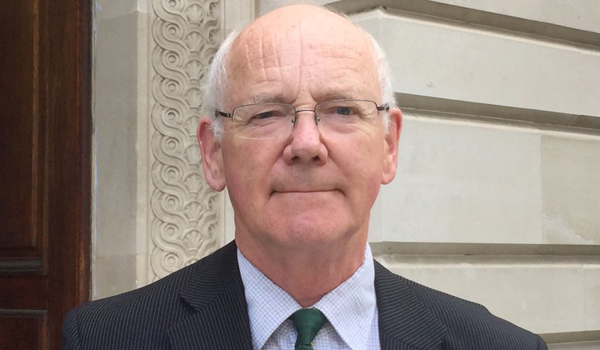 David Munro has written to Chancellor Rishi Sunak outlining his concerns that underfunding staff roles will result in “reverse civilianisation” where police officers will end up doing these jobs in years to come.

He said modern policing was “a team effort” requiring staff in specialist positions and the Police Funding Settlement, published in Parliament earlier this month, did not recognise their valuable contribution.

Mr Munro is calling on the Chancellor to consider funding for police staff in the next Comprehensive Spending Review (CSR), which is expected later this year.

Around £415 million of government funding in 2021/22 will pay for the recruitment and training of the next tranche of new police officers, but is not extended to police staff. Surrey Police’s share will mean they will receive funding for a further 73 officers over the next year.

In addition, the Surrey PCC’s recently agreed council tax precept rise for the next financial year means an extra ten officer and 67 operational support roles will also be added to the ranks.

Mr Munro said: “Surrey residents tell me they want to see more police offices in their communities so of course I welcome the Government’s commitment to adding 20,000 nationwide. But we need to make sure we get the balance right.

“Over the years specialist staff have been employed to ensure that officers can spend more time doing what they do best – being on the streets and catching criminals – and yet the valuable contribution these staff make does not seem to recognised in the settlement. The skills of a warranted officer are very different to those of, for example, a contact centre operative or analyst.

“The Treasury is rightly calling for police forces to become more efficient and here in Surrey we have delivered £75 million in savings over the last ten years and are budgeting for a further £6 million in the year ahead.

“However I am concerned that with all the focus on police officer numbers, future savings can only come from reductions in police staff. This will mean over time that trained warranted officers will be required to do roles previously undertaken by police staff for which they are ill-equipped and not really what they joined the Force for in the first place.

“This ‘reverse civilianisation’ is very wasteful, not only of resources but also of talent.”

In the letter, the Mr Munro also urged that the opportunity was taken in the next CSR to review the central grant system used to allocate funds to police forces across England and Wales.

In 2021/22, Surrey residents will pay 55 per cent of the total funding for Surrey Police through council tax, compared with 45 per cent from the Government (£143 million and £119 million).

Mr Munro said the current formula based on the central government grant system left Surrey short-changed: “Using the current grant system as the basis for allocation puts us at an unfair disadvantage. A more equitable distribution would be based on total net revenue budget; putting Surrey Police on a fair footing with other forces of a similar size.”