A police and crime commissioner (PCC) has echoed the views of his forces former chief constable as he calls for safe injection facilities (SIF) for drug addicts. 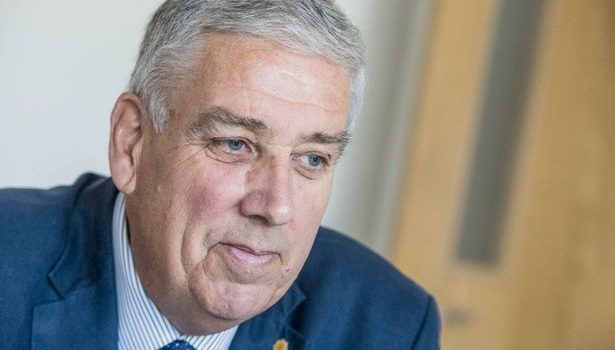 A police and crime commissioner (PCC) has echoed the views of his forces former chief constable as he calls for safe injection facilities (SIF) for drug addicts. North Wales PCC Arfon Jones says setting up a fix room in Wrexham where drug addicts can inject themselves under medical supervision would save lives. During a trip to Geneva in Switzerland, Mr Jones met with the countrys former President Ruth Dreifuss, who oversaw the setting up of SIFs and Heroin Assisted Treatment clinics while she was the health minister. He was shown examples of both facilities in Geneva, and Mr Jones has been further convinced that SIFs are the way forward in North Wales. Mr Jones said a tolerant and compassionate approach has yielded positive results for drug takers and society in Switzerland, and he called for similar facilities to be established in the UK as the number of drug-related deaths has risen to around 2,500 a year. I believe SIFs would be useful in North Wales and particularly Wrexham where there have been well documented drug problems, he added. They would give problematic users somewhere secure to go rather than having to inject in public areas and upsetting people with the state they are in. “Drugs policy in the UK is killing people and a more tolerant and compassionate approach would start saving lives immediately. Mr Jones highlighted the safety of SIFs  nobody has ever died in one, and a medical professional is always present to give assistance if anything goes wrong. He also noted how Switzerland no longer has a problem with New Psychoactive Substances (NPS), an issue that has blighted Europe over the past few years. In June, a European Monitoring Centre for Drugs and Drug Addiction (EMCDDA) report revealed that NPS have been linked with a rise in overdose deaths for the third consecutive year. The EMCDDA was monitoring more than 620 NPS by the end of 2016, compared to around 250 in 2013. In 2004, North Wales Polices then Chief Constable Richard Brunstrom called for the legalisation of heroin, claiming it would wipe out a multi-million pound criminal trade.