North Yorkshire police and crime commissioner (PCC) Julia Mulligan has been awarded more than £300,000 to launch an exciting and innovative video link initiative allowing vulnerable victims to give evidence away from court. 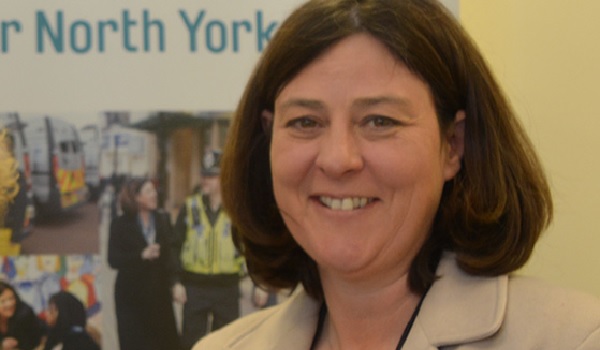 North Yorkshire police and crime commissioner (PCC) Julia Mulligan has been awarded more than £300,000 to launch an exciting and innovative video link initiative allowing vulnerable victims to give evidence away from court. Pioneered by Sussex PCC Katy Bourne, the Video Enabled Justice (VEJ) *LINK TO STORY* project uses a network of video links in police stations and other buildings so officers and victims can give evidence directly to courts without having to be present. Ms Mulligan, who has been championing this scheme for some time now has been given £302,540 from the Police Transformation Fund (PTF) to develop proposals for a similar mobile live links solution that will allow witness testimonies to be streamed directly into court rooms in rural areas. In North Yorkshire, around 15 per cent of trials are dropped because the victim or a witness is not present. And current solutions for streaming into courts have suffered setbacks in rural areas due to lack of broadband and mobile data coverage, as well as low internet speeds. The PTF funding will help to collate ideas to produce a full business case and technical specification for a practical solution, which could be rolled out to North Yorkshire and other rural areas across the country. Ms Mulligan said: It`s a very exciting and innovative project, that could make a real difference to people living in isolated and hard to reach areas, who face real practical challenges getting to court. For victims travelling to court by public transport from isolated rural areas, sometimes there are very limited options. This idea would mean there would be no fear of them coming face-to-face with the defendant in their case on the bus or train. If successful, the final solution will also shore up the important concept of `local justice`, in the face of continued financial pressures.” VEJ is currently being rolled out across London and the south east of England after receiving £11 million from the PTF. If it is successful, it will be rolled out nationally.