PCC saddened by comments regarding £1 a week precept increase

Burdening families who are just about managing with additional council tax to pay for policing is “not morally nor politically justifiable, a police and crime commissioner (PCC) has argued after a fellow PCC suggested his community would agree to a £1 a week increase. 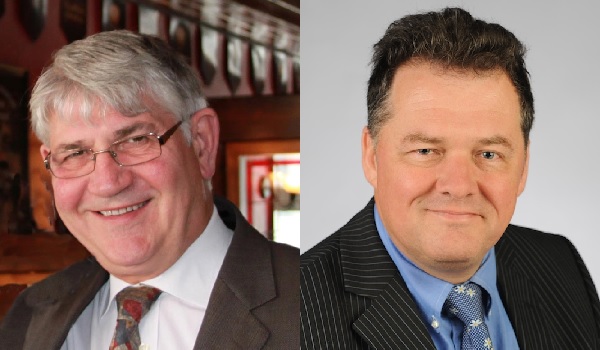 Burdening families who are just about managing with additional council tax to pay for policing is “not morally nor politically justifiable, a police and crime commissioner (PCC) has argued after a fellow PCC suggested his community would agree to a £1 a week increase. Durham PCC Ron Hogg was responding to comments made by the Association of Police and Crime Commissioners chair and Hertfordshire PCC David Lloyd who told Police Professional that Durham residents would accept a rise in the local precept and called for the Government-imposed limit to be scrapped. Mr Hogg wrote to Mr Lloyd on Wednesday (November 22) saying he was saddened by his comments, as a £1 a week increase would equate to a rise of 44 per cent, which would leave many families struggling. In the letter, he stated: I was saddened to note your comments in Police Professional regarding the level of precept which you believe should be charged for policing in Durham Constabulary. This was singularly unhelpful, and indeed failed to recognise the situation on the ground in County Durham and Darlington. 55% of households in the Durham Constabulary area are in Band A. These households currently pay a precept of £112.83. A rise of £1.00 per week as you suggested would mean a 44% rise for these people. We would simply be loading more and more of the burden onto communities who are already in challenging circumstances. Many families are struggling financially with inflation, higher interest rates and limited pay rises. To further reduce substantially the living standards of people who are just about managing is neither morally nor politically justifiable. If the richer communities of the South East wish to pay more for their policing, that is a matter for the local PCCs. But that does not mean that your solution is right for other areas of the country. An increase of that sort of scale is not, in my view, a solution to the financial challenges facing policing. What is required, as you well know, is an increase in overall government grant to police forces and a fairer funding formula which accounts for both deprivation factors and the ability to raise funds locally. And in Durham we also continue to look for efficiencies by challenging every facet of activity. All forces including Hertfordshire, should be doing the same. However, Mr Lloyd argued that Mr Hogg missed his point, as he was simply using the figure as an example. He responded: My reference to Durham was simply in response to it being raised by one of your colleagues as an example of a policing area where a relatively small proportion of funding is raised via the precept and which would benefit less from a change in the percentage increase in the capping level. My point is simply that talking in percentage terms does not promote public understanding of what is being proposed  for instance the public of Hertfordshire and the public of Durham would each be equally capable of grasping the impact of a pound a week increase in what they pay for policing rather than be faced with percentages. I was not proposing an increase of a pound a week in either case but simply using the figure as an example. As you know I am opposed to caps on police precepts in principle, whether expressed in percentage or monetary terms. I suspect we can both agree that it would be better if police and crime commissioners were given the freedom to set appropriate local levels for their area and be answerable to the public for doing so.