A group of officers from the special constabulary at the Metropolitan Police Service (MPS) have been trained to join as full-time trainee detective constables for the first time. 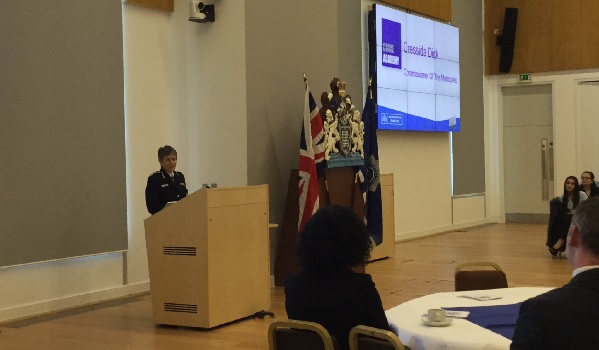 A group of officers from the special constabulary at the Metropolitan Police Service (MPS) have been trained to join as full-time trainee detective constables for the first time. The 17 officers passed-out at a ceremony in Hendon on Friday (December 15) before Commissioner Cressida Dick. They will join their London boroughs on Monday (December 18), as part of the Criminal Investigation Department. This intake is the first of its kind, and forms part of the MPSs Workforce Futures Programme, Transformation Directorate. Applying in November last year, the specials were trained specifically in the field on investigative work. Detective Chief Superintendent Stephen Clayman said: This pathfinder for detective constables is an innovative way to recruit and I commend these officers for taking that step in being the first to apply. They have already undergone intensive initial training for their investigative role, but will continue to develop once they arrive in their boroughs and with support from investigative coaches. They will also continue to shape the experiences of those following them in the external detective constable pathway with learning already being applied to the recruitment and training process. They have chosen an extraordinary vocation and I wish them well in their future detective careers. Following the special constabulary pathfinder, the MPS launched another detective constable pathway that was opened to members of the public in May. The MPS said all applicants have undergone and passed a rigorous selection process, and 52 recruits will begin at the end of January 2018.