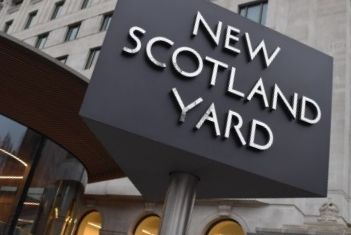 Counter-terror officers investigating the Parsons Green Tube attack have arrested a seventh man, the Metropolitan Police Service (MPS) has said. The 20-year-old was detained early on Monday (September 25) in Cardiff under section 41 of the Terrorism Act and has been taken to a police station in south London. Officers from the MPS` Counter Terrorism Command, supported by colleagues from the Welsh Extremism and Counter Terrorism Unit and South Wales Police, carried out the arrest. Searches are ongoing at an address in the Welsh capital and another in Surrey. Of the seven who have been detained during the investigation so far, three have been released, three remain in custody and one  18-year-old Ahmed Hassan appeared in court on Friday (September 22) charged with attempted murder and setting off an explosion. Along with the latest suspect held, those still in custody include a 25-year-old man and a 30-year-old man  the third and fifth people to be arrested respectively. Each was arrested by counter-terrorism officers in Newport, south Wales, under section 41 of the Terrorism Act. A 48-year-old man, who had also been arrested in Newport, was released with no further action last Thursday (September 21), as was a 21-year-old  named locally as Yahyah Farroukh. The following day, a 17-year-old man from south London was also released. Thirty people were injured the District Line incident on September 15. Most escaped serious harm, though one woman sustained what the MPS described as “life-changing injuries” with severe burns to her face, hands and legs.