Cumbria Constabulary experienced seven of its busiest days for recorded incidents in more than three years as it responded to the challenges of policing the coronavirus crisis. 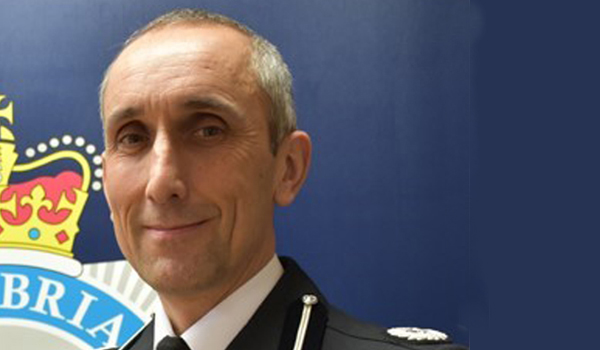 At its peak during May, Covid-related incidents accounted for almost a third of all reports dealt with by the force.

Assistant Chief Constable Andrew Slattery said the pandemic has had “a significant impact on vulnerability”, with domestic abuse and child exploitation incidents increasing and apparent suicides up by nearly 40 per cent between March and September.

While overall crime has fallen compared with the same period last year, a report assessing the policing response to coronavirus in Cumbria says this “masks the type of demand police have faced” during the pandemic.

The report, published by the constabulary this week, shows overall crime has reduced by 13.9 per cent and incident numbers are down by five per cent between March and September.

“However, these reductions mask the type of demand police have faced in recent months, which has included seven of the busiest days for recorded incidents in the past three and a half years,” it added.

Mr Slattery said: “Our officers and staff have had to adapt to the challenges they faced in helping to limit the spread of coronavirus.

“During the first wave, demand for policing services reduced, which enabled us to concentrate on our role in Covid-19 response.

“Between March and September, we dealt with 4,627 Covid-related incidents, equating to nine per cent of our total number of incidents. At its peak during May, this accounted for 29 per cent of all incidents.

“Many of the Covid-related incidents have been categorised as anti-social behaviour, which led to the apparent increase of 43 per cent.

“Due to restrictions on international travel, Cumbria experienced higher numbers of first-time visitors, which had some unforeseen consequences. A significant increase in informal camping led to widespread issues of anti-social behaviour and criminal damage, which was addressed through effective multi-agency response.” 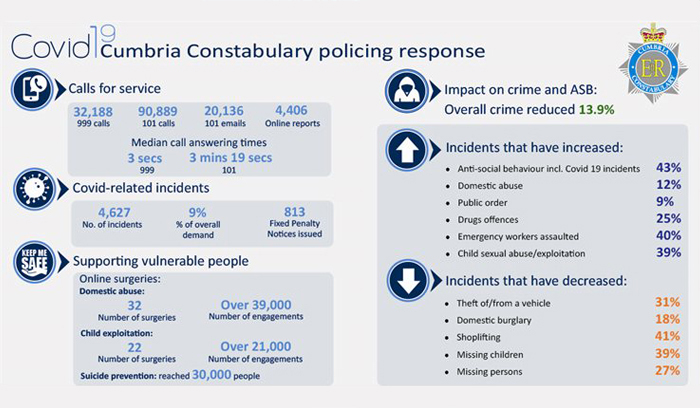 Compared with the same period in 2019, domestic abuse and child exploitation incidents increased despite an initial fall at the start of the pandemic. Greater confidence in reporting incidents and an increased awareness of the signs of abuse contributed to the rise after a series of proactive campaigns run by the constabulary throughout the year.

“The pandemic has had a significant impact on vulnerability, with domestic abuse incidents increasing by five per cent to 2,656 reports and child exploitation reports rising to 341 incidents – which is a 39 per cent increase on the previous year,” said Mr Slattery. “We recognised the potential for enforced lockdown to adversely impact the lives of vulnerable people and have been very proactive in encouraging victims to report any abuse that they have suffered during the pandemic.

“Throughout the pandemic we hosted weekly social media surgeries on both domestic abuse and child exploitation with our partner agencies. These surgeries provided the public with an opportunity to seek support for themselves or someone they had concerns for, as well as reporting information to which we quickly acted upon. These surgeries were recognised as national best practice by the Prime Minister and Home Secretary in May and have been adopted by other police forces across the country.”

Mr Slattery said there had also been a rise in incidents involving those suffering from mental illness.

“There were over 50 apparent suicides between March and September, which is a 39 per cent increase compared to the same period in 2019,” he said. “The constabulary is working closely with partner agencies through the Cumbria Suicide Prevention Leadership Group, which aims to raise awareness of support services available to those experiencing mental health issues.”

The report says calls for service have returned to similar levels experienced in 2019 after a notable fall between March and the start of July. The significance of this is that the constabulary is managing this demand on top of the impact of coronavirus and the likelihood for further challenges during the winter months.

“The current outlook is that the winter months will be challenging for us all and will have a significant impact on policing,” said Mr Slattery. “We need our communities to continue to play their part by ensuring they follow the important social distancing guidance to limit the spread of the virus and to help save lives.”

Answering times improved during the pandemic, with 999 calls consistently being answered within three seconds. Calls to the non-emergency 101 number had a median answering time of 3mins 19secs.

Mr Slattery said: “Our priority is to quickly respond to emergency incidents, such as threats to life. There will be occasions where delays will be experienced on the non-emergency number, particularly when demand is high during this extraordinary period.”

He added: “With crime levels now returning to ‘normal’ we need everyone to take crime prevention seriously and to protect their property as dark nights traditionally lead to an increase in acquisitive crime.

“Despite the range of competing challenges that we face, we will continue to prioritise how we work so that the most vulnerable receive the support they require and that we keep our communities safe.”

Cumbria’s police and crime commissioner Peter McCall said the past six months had been “incredibly busy for the constabulary”.

“Covid-19 has challenged all emergency services and other public sectors across the country, but Cumbria Constabulary have really risen to the occasion and successfully served and protected the public while putting their own health at risk,” he said.

“We are well-served here in the county and our police deserve recognition for all their hard work which I know will continue as they deal with the pandemic as the winter months approach.” 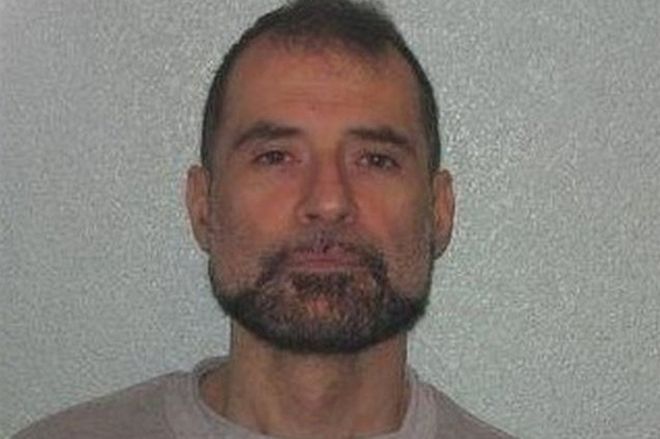 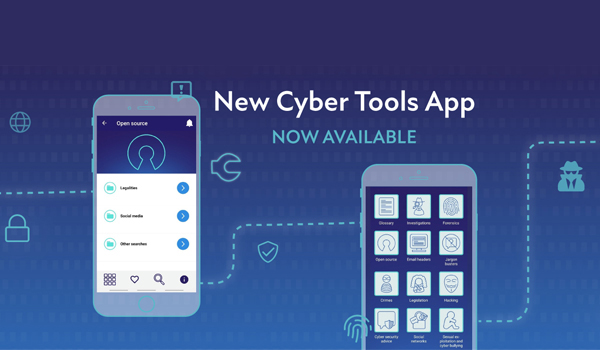 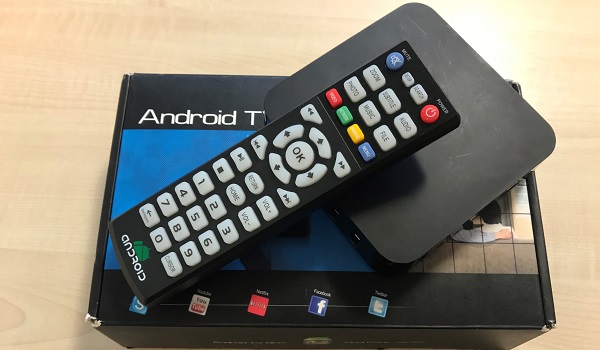