Nottinghamshire’s police and crime commissioner (PCC) Paddy Tipping has been elected as the new chair of the Association of Police and Crime Commissioners (APCC). 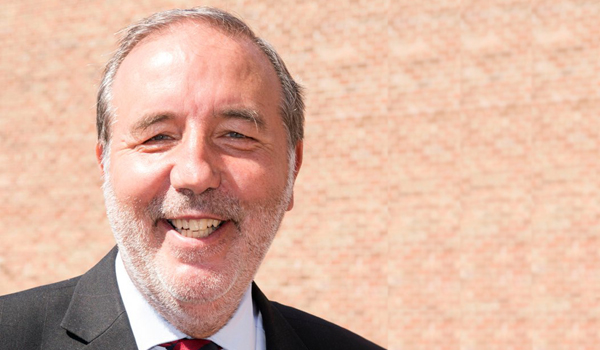 The appointment was confirmed at the APCC’s annual general meeting today (July 15).

Mr Tipping takes over from Sussex PCC Katy Bourne and will remain at the helm for the next 12 months.

The former MP for Sherwood, who as a politician was involved in setting up the public inquiry into the death of Stephen Lawrence, said the APCC’s influence would be vital for the safety and wellbeing of communities over the next year as the UK continues to recover from the impact of coronavirus and the ever-present risks of serious violence.

“This is a great opportunity to lead an organisation that is driving positive change across every police force in England and Wales,” said Mr Tipping.

“I would like to thank our outgoing chair Katy Bourne whose passion and direction has continued to raise the influence of PCCs across the country and steered the APCC through a critical year of both challenge and opportunity.

“The decisions and action we take now to navigate this difficult period in our history will be vital for building trust and shaping policing in the future. We must use our powerful, collective voice to build a police service that is not only fit for the 21st century but has the implicit support of the public.

“I would like to thank the busy APCC staffing team for their confidence and continued support and I look forward to working with them and my PCC colleagues over the coming year.”

Mr Tipping was elected as Nottinghamshire’s first PCC in November 2012 and was re-elected with an overwhelming majority in May 2016.

As chair of the Police Reform and Transformation Board, Mr Tipping has been at the forefront of police innovation and funding.

“Police funding will remain sharply in focus with the forthcoming Comprehensive Spending Review 2020 providing some long-awaited detail on how forces will be resourced and prepared to meet future challenges,” he said. “We need to build on the Government’s commitment of 20,000 extra officers through Operation Uplift. This is a real opportunity but also a challenge as we move forward.

“The policing landscape has seen radical change. We are more aligned and coordinated in our efforts and there is a real emphasis on building resilience within our communities to prevent crime and give the people within them opportunities to flourish.

“The APCC must capitalise on its growing influence to become equal partners with the Home Office and the National Police Chiefs’ Council to achieve far-reaching reforms that will strengthen public trust, improve collaboration and consistency across policing nationally and remove the barriers that prevent communities from thriving.

“Together, we must take on those challenges and make change happen.”

Gloucestershire PCC Martin Surl and Roger Hirst, police, fire and crime commissioner for Essex, will serve as vice-chairs of the APCC.