Overhaul of CJS needed to stop victims of crime being let down, says PCC

A police and crime commissioner (PCC) has called for reform in the dysfunctional criminal justice system (CJS) including more power for PCCs. 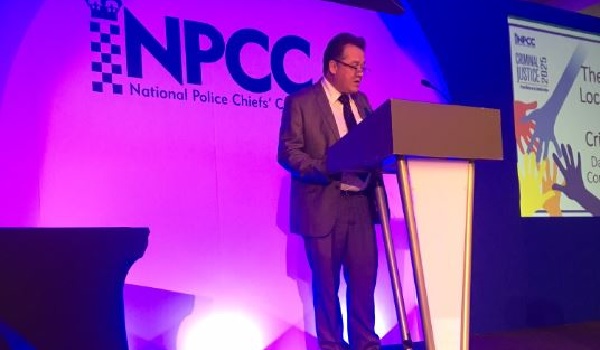 A police and crime commissioner (PCC) has called for reform in the dysfunctional criminal justice system (CJS) including more power for PCCs. Hertfordshire PCC David Lloyd, who is the Association of Police and Crime Commissioners lead on criminal justice, told the National Police Chiefs Council(NPCC) criminal justice conference on Tuesday (July 11) that the PCC model should be replicated in the current system. He argues that greater local oversight of criminal justice would provide transparency, accountability and improve the experience for everyone involved. I think that the PCCs should have the same powers over the CJS that they currently have over their police force: set the plan, set the budget, appoint a chief and hold to account, he said. Mr Lloyd has welcomed the Governments commitment to promoting greater local cooperation of criminal justice agencies, and thinks this will prevent victims from being passed from one body to another. He also believes the CJS lets victims and witnesses down, and doesnt consider their experience from the crime being committed to the court case and after care support. Mr Lloyd added: Criminal justice agencies are being pulled in different directions. I want to see local accountability and direction, which will maintain the independence of the judiciary and rule of law, whilst placing local victims at the centre of our priorities. Victims must remain at the heart of everything we do. At present, some would say our CJS is a coalition of competing interests. How can this possibly lead to quality justice for the victim, witnesses and those accused? The courts frequently over-list cases, which means victims and witnesses will turn up uncertain their case will be heard. This places undue stress on them at an already difficult time.