A senior officer credited with improving policing in Rotherham during the child sexual exploitation crisis has been named as preferred candidate to be the next chief constable of Wales` biggest force. 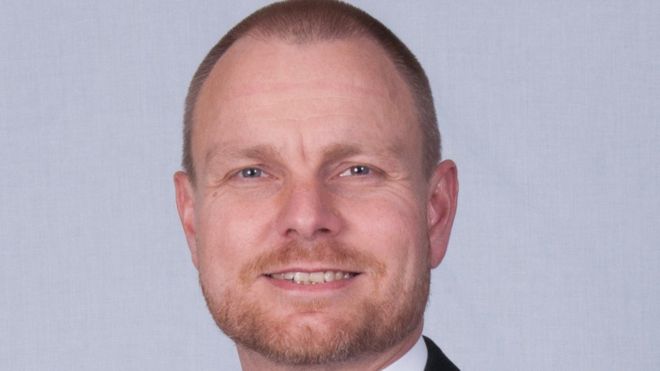 A senior officer credited with improving policing in Rotherham during the child sexual exploitation crisis has been named as preferred candidate to be the next chief constable of Wales` biggest force. Matt Jukes, South Wales Police`s (SWPs) serving deputy chief constable, is set to replace Peter Vaughan in the top job when he retires after 33 years service at the end of December. The Police and Crime Panel for South Wales will meet on Friday (September 8) to consider Mr Jukes appointment with police and crime commissioner Alun Michael maintaining that the future is going to be tough and challenging with the need for an outstanding leader to take the force to a new level. Mr Michael said that the 45-year-old former Oxford University maths graduate was the right person  an outstanding leader with the integrity, the personality, the intellect, the skills and a strong personal commitment to south Wales and our people. Despite being the only candidate, the PCC said that the man who will take over the reins of SWP on the first day of 2018 had been subjected to the most stringent process of scrutiny and challenge that has ever been used for an appointment of this sort. Mr Michael added: To have a single applicant is not unusual at this level of policing, and there was no doubt in my mind about the calibre and quality of the candidate. The process based on a Parliamentary Select Committee of a proposed preferred candidate for a major role by a Secretary of State included being questioned last week by four separate expert panels on police ethics, financial management, partnership working in the public sector and the criminal justice system and work with the voluntary and community sector. The selection gave Mr Michael the opportunity for engagement and discussion about how to take the officers and staff of South Wales Police to the next level of growth and development in policing, how to further develop the Police and Crime Plan for South Wales and how to strengthen community safety and partnership working across South Wales in the spirit of the Well-being of Future Generations Act. Retiring Chief Constable Peter Vaughan said of the recommendation: I am thrilled with the nomination of Matt Jukes as the preferred candidate to become the next chief constable of South Wales Police. I have had the pleasure of working with Matt for the last seven years and consider him to be an individual with huge professional and practical experience. He cares passionately about the communities we serve and the people who make up South Wales Police. I know he will make a positive difference. Mr Jukes said he was looking forward to being officially ratified, adding: I am very proud of our people and our many partnerships that have done so much to keep South Wales safe. But we cannot stand still against the challenges we now face and with the panels support, I am determined to maintain our progress in preventing crime and protecting our communities. The deputy chief constable was singled out for praise amid the clamour of retribution that followed the Rotherham sexual abuse furore. As chief superintendent, he was borough commander in Rotherham, from 2006 to 2010, towards the end of a 16-year period in which the force was accused of failing to protect up to 1,400 vulnerable children sexually exploited in the town between 1997 and 2013. Inquiry head Professor Alexis Jay identified in her report improvements in the response of management from the time of Mr Jukes arrival. It stated: By 2007, there was evidence that the police were more pro-active in tackling CSE. Senior police officers had established good liaison arrangements with Risky Business and progress was being made in protecting the children and investigating the perpetrators. In 2015, expert analyst Dr Angie Heal credited Mr Jukes with having been responsible for the improvements in Rotherhams response to child sexual exploitation. After that report was published, Mr Jukes was backed by Mr Michael