Organisers of a planned vigil for Sarah Everard are bringing a legal challenge against the Metropolitan Police Service (MPS) over its handling of their proposed event.

People clashing with police as they gather in Clapham Common, London, after the Reclaim These Streets vigil for Sarah Everard was officially cancelled. Pic: PA

Reclaim These Streets (RTS) proposed a socially distanced vigil for the 33-year-old, who was murdered by former MPS officer Wayne Couzens, near to where she went missing in Clapham, South London, in March last year.

The four women who founded RTS withdrew from organising the event, which was also intended as a protest about violence against women, and say they faced fines of up to £10,000 each after the force told them it would be an illegal gathering under lockdown rules in place at the time.

A spontaneous vigil then took place on Clapham Common, for which the force came under criticism over its policing before being cleared following an inquiry.

Lawyers for RTS will argue at a two-day hearing starting on Wednesday that the MPS’s handling of the event breached their human rights to freedom of speech and assembly, and are asking the High Court to make a declaration to that effect.

The four, whose case is opposed by the force, are also seeking damages for the alleged breach, which will be donated to charity if their case is successful.

Anna Birley, one of the four claimants, said in a statement ahead of the hearing: “We are really pleased to be taking this important case forward.

“When we organised the vigil, we never imagined we would end up in the High Court – we believed then, as we believe now, that we have a very clearly defined right to protest, and that if there was ever a reasonable excuse for exercising this right, it was last March when a young woman was abducted, raped and killed by a then serving police officer.

“At its heart this case is about the police accepting their responsibility under human rights law to facilitate peaceful protest – rather than their consistent attempts to silence and threaten women.

“Women were robbed of their chance to come together in solidarity to mourn Sarah and to stand up to the epidemic of violence against women and girls.

“We hope that the ruling will help set an important precedent that protects our right to come together in protest and solidarity in the future.”

RTS took urgent legal action in March last year, asking a High Court judge to make “an interim declaration” that any ban on outdoor gatherings under the coronavirus regulations at the time was “subject to the right to protest”.

But the judge declined to grant the group’s request and also refused to make a declaration that an alleged force policy of “prohibiting all protests, irrespective of the specific circumstances” was unlawful.

RTS was set up after the disappearance of Ms Everard prompted a public outcry about women’s safety.

The event was due to take place at Clapham Common bandstand, close to where Ms Everard went missing.

Couzens, 49, was given a whole life sentence, from which he will never be released, at the Old Bailey in September after admitting her murder.

The policing of the spontaneous vigil that took place drew criticism from across the political spectrum after women were handcuffed on the ground and led away by officers.

But a report by Her Majesty’s Inspectorate of Constabulary and Fire and Rescue Services concluded the police “acted appropriately” when dealing with the event but also found it was a “public relations disaster” and described some statements made by members of the force as “tone deaf”.

At the urgent hearing in March last year, lawyers for the MPS said there was no “blanket ban” on protest as far as the force was concerned, but that the gathering proposed could attract thousands of people and therefore may not be within the rules.

Under the Covid-19 lockdown rules in England at the time of the planned vigil, people were largely required to stay at home and could only gather in larger groups for limited reasons, such as funerals or for education.

Police could break up illegal gatherings and issue fines of £10,000 to someone holding a gathering of more than 30 people.

A statement issued by the MPS said it would be defending the claim: “The  Met was unable to give an advance assurance to the claimants that their involvement in organising the vigil would not put them at risk of enforcement action during, or subsequent to, that event. We do not believe our approach was founded on an inaccurate interpretation of the Regulations or that this constituted an unlawful interference with the claimants’ rights.

“Throughout the pandemic, officers worked to balance the need to safeguard the public at large from Covid, with the rights of individuals protected by the Human Rights Act 1998. Policing of public order events is highly complex and is one of the most scrutinised areas of law enforcement. We believe we are world leaders in this area. We will comment further once the proceedings have concluded.”

The case will be heard by Lord Justice Warby and Mr Justice Holroyde from 10.30am on Wednesday, January 19. 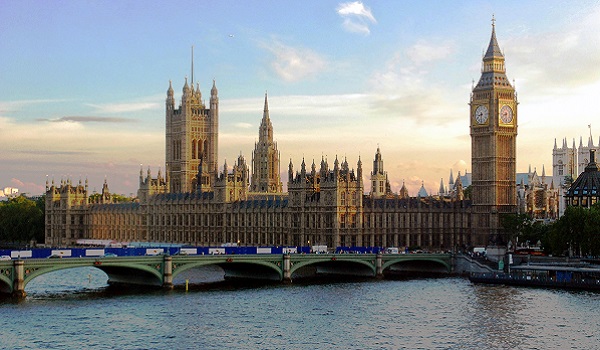