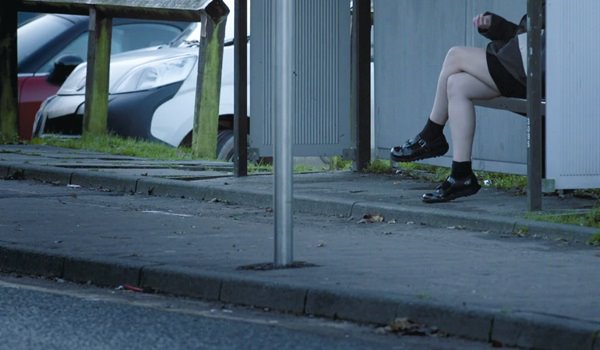 A mayoral review, published in January 2020, had identified concerns over the resourcing of, and decision to close, the joint police and social services investigation, known as Operation Augusta.

But the IOPC said it had been unable to discover who took the decision to close down the investigation, “nor the rationale for doing so”.

Following publication of the review, in February 2020 GMP made a voluntary conduct referral relating to three former senior officers.

At the time, the then head of specialist crime, Assistant Chief Constable Mabs Hussain (now deputy chief constable at North Yorkshire Police) acknowledged that the authorities had “fallen short” of doing all they could to protect and support the child victims of sexual exploitation.

While the review team had found there was much in Operation Augusta and the work carried out by the investigation team to be commended, Mr Hussain agreed “the overall operation was not to the standard rightfully expected from victims”.

Operation Augusta was launched in 2004 following the death of 15-year-old Victoria Agoglia, who had been in the care of Manchester City Council since she was eight and suffered years of sexual abuse by adult men. She died in 2003 after being injected with heroin by a 50-year-old man at his home.

Her death was highlighted in a BBC documentary, The Betrayed Girls, about the “systematic” sexual exploitation of children in the Greater Manchester area, which was broadcast in 2017.

The review was commissioned by the mayor of Greater Manchester, Andy Burnham, following the broadcast.

The IOPC said its independent investigation, which began in August 2020, looked at the decision-making process around Operation Augusta.

“We obtained a significant amount of evidence from witnesses, including officers who had worked on the operation and senior social services employees,” it said.

“The three officers whose conduct was referred were treated as witnesses throughout. This was kept under constant review throughout our investigation.

“Despite significant efforts, we were unable to determine who took the final decision to close Operation Augusta in July 2005, nor the rationale for doing so.”

The IOPC said it had faced a number of challenges, including the passage of time, a lack of available records of meetings and decisions taken at that time, and the fact some former GMP-employed police witnesses were either unable or unwilling to engage with the investigation.

Following a review in May 2022 of the “substantial amount of evidence gathered”, the IOPC determined there was no indication any of the three former officers had acted in a way that may have breached the standards of professional behaviour.

As this meant there was no legal basis to continue the investigation, it was discontinued on July 20, it added.

IOPC Director of Major Investigations Steve Noonan said: “The findings of the mayoral report caused understandable concern and it was important for our investigation into the resourcing and decision-making behind Operation Augusta to be both thorough and independent of the police.

“We gathered and reviewed a significant amount of evidence, which helped us understand some of the actions taken back then.

“While we found evidence that arrangements were put in place for the future safeguarding of survivors of CSE, unfortunately, we – like the mayoral review team – were not able to locate evidence showing who took the decision to close Operation Augusta and, more importantly, why.

“We have identified several areas of potential learning for GMP to consider and now await further information on how practices have changed since 2005, which will inform our decision on whether to issue any statutory recommendations.”

GMP Deputy Chief Constable Terry Woods said the multi-agency response to safeguarding and tackling CSE is now “incomparable to the practices of 2005”.

“In GMP we have a dedicated CSE (child sexual exploitation) unit who are committed to pursuing perpetrators and seeking justice for victims of CSE, regardless of the passage of time,” he told PA Media.

“This team work alongside the multi-agency safeguarding hub in every district, actively safeguarding vulnerable children and providing specialist support to anyone who comes forward as a victim of CSE, wherever they are in the region.”

A parliamentary briefing published in February 2020 stated that during her time in care, police and social services were aware that Victoria Agoglia was exposed to sexual exploitation by adult men, and shortly before her death she had told social and drugs workers that she was being injected with heroin.

The first phase of Operation Augusta was initially conducted as a scoping exercise in response to concerns that a group of men of Asian heritage from the South Manchester area were targeting young, vulnerable girls who were resident in local authority care homes with the intention of sexual exploitation. The investigation identified 26 potential victims of CSE. All were girls aged between 11 and 17, and all were in the care of Manchester City Council.

The investigation also identified 97 potential ‘persons of interest’ thought to be involved in some way in the sexual exploitation of the victims. Intelligence suggested that these were predominantly Asian men working in the restaurant industry.

Following the scoping phase, Operation Augusta moved to a full investigative phase in June 2004. The investigation was run on a multi-agency basis with Manchester City Council social services. By the time the investigation concluded at least 57 children had been identified as potential victims.

In April 2005, it was reported that senior officers notified the investigation team that permanent staff were not being allocated to Operation Augusta and that the operation would conclude on July 1, 2005.

Operation Augusta ultimately led to seven men being warned, charged or convicted in relation to child abduction and sex offences. One further man had been identified as an illegal immigrant.