Members of the public in England and Wales greatly overestimate their chances of becoming a victim of crime, the Office for National Statistics (ONS) has revealed. 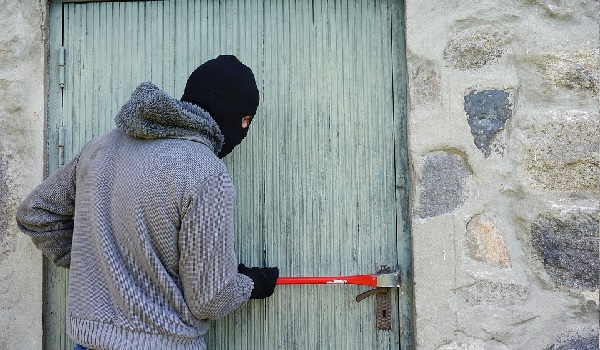 Members of the public in England and Wales greatly overestimate their chances of becoming a victim of crime, the Office for National Statistics (ONS) has revealed. Figures released on Thursday (September 7) showed the gap between the perception of crime and risk of becoming a victim is most significant for robberies. Although just 0.3 per cent of adults were victims of robbery in the year ending March 2016, nine per cent of those surveyed said they were very worried they would experience it in the next year. Identity theft worried the most people, with 23.8 per cent of those surveyed believing they would experience it within a year, followed by online crime with ten per cent. The crime that people worry about changed noticeably depending on respondents. Those in the 16 to 34 age group were the least concerned about burglary, robbery and online crime, whereas those aged 35 to 44 were the most worried about burglary. Older age groups worry more about possible victimisation, as 55 to 64-year-olds and 65 to 74-year-olds are most concerned about online crime and identity theft. However, figures show that the age group most likely to be a victim of crime were 16 to 24-year-olds, as 19.6 had been a victim of crime, 8.1 per cent of which was personal. The oldest age group  75 and over  suffered the lowest proportions of crime and personal crime, with 4.8 per cent and 1.1 per cent respectively. The risk of victimisation also varies depending on the type of crime. The Crime Survey of England and Wales showed that women are more likely to become victims of domestic violence and sexual assault, but it also showed differences across groups in society, employment status and housing status. Geography had an impact, as areas with higher rates of unemployment experiencing higher levels of burglary, criminal damage, and other household and vehicle related theft.