Only Labour `values` the sacrifices made by officers, Jeremy Corbyn tells Brighton conference 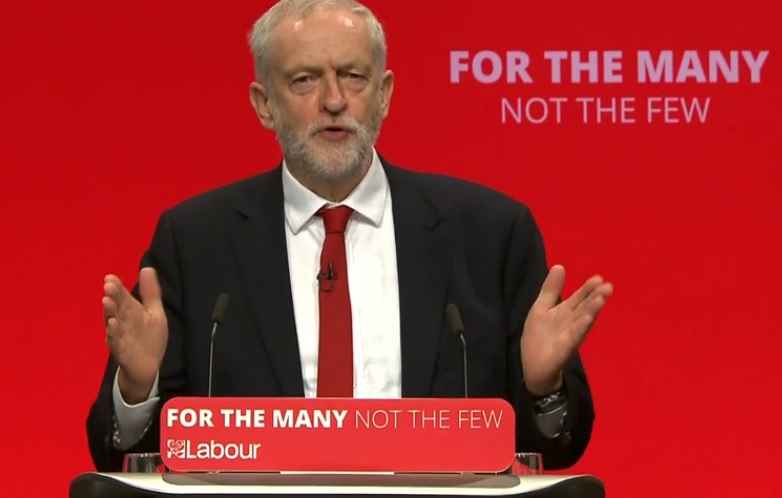 The personal price being paid by “brave police officers” across terror-hit Britain in 2017 took centre stage in Labour leader Jeremy Corbyn`s main speech at the Brighton party conference today. Mr Corbyn reflected on the ultimate sacrifice of Police Constable Keith Palmer when “terrorists attacked our democracy” in the Westminster atrocity on March 22 that saw the officer stabbed to death as he defended the entrance to Parliament. He told delegates it was time to do more than just “pay tribute” to public servants like the heroic Metropolitan Police Service officer who “many of us knew and who gave his life”. Mr Corbyn, presenting his party as a “government in waiting” at his third conference as leader, said “everyone praises” emergency services workers, adding: “But it`s Labour that values them. “Our public servants make a difference every day between a decent and a threadbare society.” He added: “You can`t protect the public on the cheap”, arguing that ending the public sector pay freeze was essential. Repeating a pledge from the general election, he told the audience: “The police and security services must get the resources they need, not 20,000 police cuts. “Scrapping the public sector pay squeeze is not an act of charity  it is a necessity to keep our public services fully staffed and strong. That is the Labour commitment. “Give them the pay rise they deserve and protect the service they provide.” Earlier in the week, Nottinghamshire police and crime commissioner Paddy Tipping returned to the theme of budget cuts at the conference, adding: “You cant trust the Tories when it comes to police funding. They claim they have protected the police budget, but since 2015 these have been cut by a further £200 million progressively year on year. “And police budgets face a further 7.9 per cent cut in the next three years.” Since 2010, £2.3 billion has been taken from the police budget  representing a 25 per cent cull in funding  with policing numbers at their lowest for 30 years. Mr Tipping, also chair of the Police Reform and Transformation Board, added: “And to make it worse we demean and devalue our workforce. “Police officers have lost more than £6,000 per year as a result of austerity and wage restraint. “What has the Government done? On the day inflation topped 2.9 per cent, police officers were offered an unfunded two per cent increase.” Forces are now being asked to find £70 million for the pay rise, which will lead to £70 million of cuts elsewhere in the service, he said. The emergency services received a standing ovation from delegates as London Mayor Sadiq Khan said the Prime Minister should be “utterly ashamed” of her record on law and order. He accused the Tories  with Mrs May as former home secretary  of overseeing a rise in crime after seven years of cuts to the emergency services. Mr Khan added: “The Tories used to describe themselves as the party of law and order… well, that sounds like a sick joke today.”