A man who was caught with a Lucozade bottle filled with bleach has been convicted of possessing an offensive weapon in a public place. 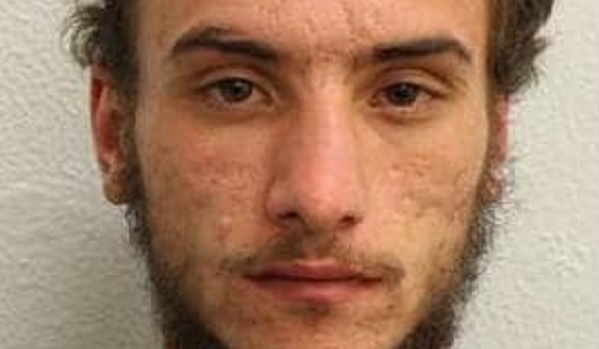 A man who was caught with a Lucozade bottle filled with bleach has been convicted of possessing an offensive weapon in a public place. Bradley Kerr, 21, pleaded guilty to one count of possession of an offensive weapon on Thursday (August 17) at Snaresbrook Crown Court, and was sentenced to 12 months in prison. Kerr has a number of previous convictions including one for possession of a bladed article. Detective Sergeant Mike Stubbins from the Metropolitan Police Service (MPS) said the sentence reflects how seriously the possession of acid is being taken by police and the courts. Officers were called to Eleanor Street in Bow, east London, on July 18 following reports of a man who had been robbed. A group of males  including Kerr  were searched at the scene, and the bleach was found inside a bottle of Lucozade. Kerr claimed the substance was washing up liquid given to him to use by his mother because he is homeless. Tower Hamlets Police tweeted a picture of the bottle inside a protective flask, describing it as a suspected bottle of acid. Prosecuting, Sally-Ann Hales said while bleach is a commonly available household product, it is a liquid that has the capacity to do a great deal of harm. She said a recent spate of acid attacks have caused widespread concern, and insisted the courts respond by imposing sentences that act as both punishments and deterrents. The court heard the noxious liquid had a Ph level of 12, making it a highly corrosive substance. Det Sgt Stubbins said: “There was no good reason for Kerr to be carrying this fluid around with him and this sends out a message that police will not hesitate to arrest anyone believed to be carrying these types of substances, and pursue prosecutions vigorously. “These substances can be, and unfortunately are, used in the commission of crimes which have a huge impact on victims lives. “This is an excellent result and the sentence reflects how seriously the police and the courts view the possession of acid and noxious substances. Nasreen Yadallee, a senior crown prosecutor from the Crown Prosecution Service (CPS), added: Kerr could find no excuse for carrying a corrosive substance in a squeezy bottle with the label removed. “It was clear he was carrying it as a weapon, ready to use on someone if the need arose. “Carrying a corrosive substance for the purpose of causing injury is a criminal offence punishable with a prison sentence.” The MPS and CPS were unable to confirm whether this is the longest sentence for possession of a noxious liquid, however, several similar cases are expected to come to court following arrests in the past few weeks. Last week, Gareth Jones, 43, pleaded guilty to possessing a prohibited weapon without authority, namely a noxious liquid. He will be sentenced on August 25.