One per cent of disability hate crimes led to court charge or summons, research suggests

One per cent of disability hate crimes resulted in a charge or court summons in the year to March 2022, research by two charities suggests. 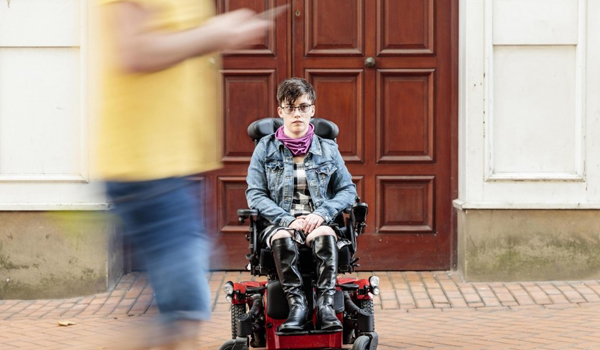 A total of 11,224 offences were reported to police in England and Wales in 2021/22, with 5,910 involving an element of violence, charities Leonard Cheshire and United Response said.

The proportion of all crimes in England and Wales that end with a charge or court summons has fallen since 2015, reaching 5.6 per cent in the year to March 2022, down from 7.1 per cent the previous year.

The two charities said in a joint statement: “Record levels of reports coupled with a distinct lack of justice paint a worrying picture that these crimes are not being taken seriously enough.

“We’ve heard from many disabled people about the traumatic consequences of their awful experiences and the damage on their lives.

“The prevalence of disability hate crime is unacceptable, and every report has a real person and real story behind it.

“Some forces are proactively trying to improve their responses and others can learn from this.

“But there needs to be widespread investment in training among officers so that support for victims improves and they get the justice they deserve.

“Government funding and action is vital so police have the resources they need to reduce prejudice and hate in our communities.”

A National Police Chiefs’ Council spokesperson said in some cases there are issues with evidence that mean a charge cannot be brought.

They said: “We will always pursue action against perpetrators where there is evidence to do so. Unfortunately, sometimes the evidence is scarce and there are no witnesses to the crime.

“Particularly in recent years, it may be the case that a suspect cannot be identified because of anonymity online, and a charge cannot be brought.

“Additionally, in some cases, for example where a perpetrator is young, a caution may be considered more appropriate than prosecution.

“We are already working closely with our criminal justice partners to understand the reasons behind a reduction in the percentage of crimes that go to court, including where victims withdraw from the justice process.

“We strongly encourage anyone who thinks they may have experienced any hate crime to report it to the police.”

Police-recorded hate crime in England and Wales has risen by more than a quarter in a year, according to Home Office figures.