Police and crime commissioners are playing their part in making the protection of the vulnerable a priority as forces have been credited with considerable improvement in responding to domestic abuse issues, a leading report reveals. 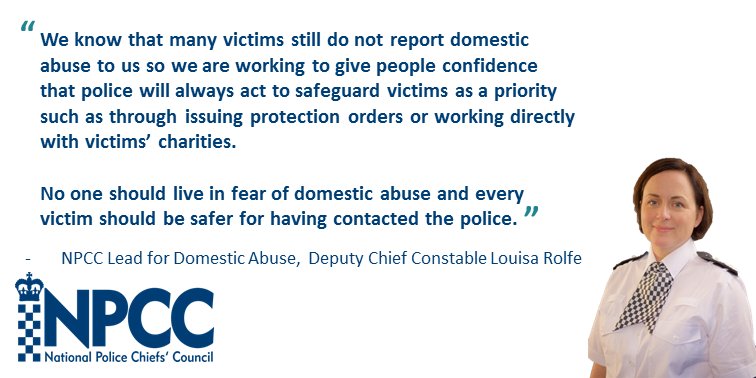 Police and crime commissioners (PCCs) are playing their part in making the protection of the vulnerable a priority as forces have been credited with considerable improvement in responding to domestic abuse issues, a leading report reveals. While the Association of Police and Crime Commissioners (APCC) believes more support can be given to reassure victims, policing is seeing an encouraging shift as more people report crimes  confident they will be dealt with appropriately. The Office for National Statistics (ONS) study  which in addition comprises figures taken from the Government, criminal justice partners, victim support groups, and large-scale surveys such as the latest Crime Survey for England and Wales  uncovered higher levels of prosecutions and arrests  showing fuller data and a more comprehensive impression of the scale of domestic abuse and the impact it has on forces in England and Wales. Associated charities claim that domestic abuse  by its very nature  is hidden behind closed doors and the ONS data cannot offer the full picture. Accepting that premise, APCC Victims Lead Dame Vera Baird says because domestic abuse incidents are under-recorded it makes comparisons difficult. But there were 93,590 prosecutions for domestic abuse in the year ending March 2017, of which three quarters  around 71,000  secured a conviction. And Northumbria PCC Dame Vera said: While there is more we can do, it is encouraging to see more people having the confidence to come forward to the police, and, in doing so, knowing that they will be dealt with appropriately. In order to ensure that resources are deployed effectively to tackle it, more needs to be done to fully understand the scale and nature of domestic abuse and todays ONS report is a welcome step forward. And the ex-Solicitor General argued: We have seen a considerable improvement in the overall police response to victims of domestic violence, in part because police and crime commissioners have made protecting and supporting vulnerable people a priority. Around one in ten females aged 16 to 19 were victims of domestic abuse last year, research by the ONS suggested  showing that 10.5 per cent of 16 to 19-year-old females reported instances of abuse in the 12-month period to March 2017, compared with 6.9 per cent of males. The figures also remained high for women aged 20 to 24, with 9.6 per cent reporting abuse against 5.5 per cent of men. Forces recorded 1.1 million domestic abuse-related incidents last year. Men made up more than a third of the 1.9 million adults in England and Wales aged 16 to 59 who said they were attacked or abused by spouses or family members. Some 713,000 (37 per cent) were male and 1.2 million (63 per cent) female. This was flagged up as a change from what is traditionally seen as a crime with mainly female victims. Despite the number of male victims falling in the last five years, the statistics show male victims now make up a higher percentage of overall victims than in recent years. The report states: The difference between the estimated number of male and female victims (522,000) is at its lowest compared with previous years. Females also accounted for 70 per cent of the 454 killed in family or domestic disputes recorded last year  the figures showing 319 women and 135 men. Most of the women killed were attacked by a male partner or ex, whereas the men who died were killed by a male partner or a love rival. The report defines domestic abuse as any incident or pattern of incidents of controlling, coercive, threatening behaviour, violence or abuse between those aged 16 or over who are, or have been, intimate partners or family members regardless of gender or sexuality. Many victims do not see justice, and there were just 46 arrests per 100 domestic abuse-related crimes recorded by 39 police forces last year, the report said. Staffordshire, Cleveland, Durham, Kent and South Wales were among the forces that reported the most domestic abuse incidents and crim