More than half of police officers worry about money on an almost daily basis according to the latest annual Police Federation of England and Wales (PFEW) pay and morale survey.

Only 36 per cent of respondents to the research said they had enough money to cover their monthly essentials, with around one in eight admitting they have had to seek financial support to cover day to day expenses within the last year.

Out of the 19,654 respondents to the survey, almost 75 per cent said they felt worse off financially than they were five years ago.

PFEW National Chair John Apter said: “This research must shock whoever forms the next government in to action. Every day police officers go to work to protect and serve the public to the best of their ability, putting themselves in harm’s way and in some tragic cases making the ultimate sacrifice.

“They deal with enough stress and trauma at work and it is scandalous they are being put in the position where they are having to dealing with additional anxiety caused by money worries when they get home.

“Our members must be paid fairly for the job they do and should not be put in the unforgivable position of having to borrow from friends or family just to make ends meet,” said Mr Apter.

The number of respondents is significantly down on previous years due to a cyberattack on PFEW systems in March which meant researchers were unable to access its member database. This year, 16 per cent responded to the survey, compared with 22 per cent in 2018.

However, the PFEW said the figures remain academically robust.

The research was conducted between June and August. It is not known if a new Prime Minister and Home Secretary, who initiated more supportive policy towards the police in July, has had any impact on morale.

However, there has been no change in policy towards pay and benefits, which the survey found are making it harder for officers to make ends meet.

More than one in eight surveyed feel they are not paid enough for the dangers of the job and 91 per cent believe their pay does not reflect the strains and stresses of being a police officer.

This year police officers were given a 2.5 per cent pay rise, which fell short of the five per cent PFEW claim for this year and the next two years.

Worryingly, ten per cent of officers said they intended to leave the service as soon as possible or in the next two years.

Mr Apter added: “We have heard, and continue to hear, a lot of promises around policing and police officer wellbeing. Wellbeing means may things, one of the easier ways to help boost wellbeing is by boosting the pay in officers’ pockets. It’s not rocket science. Since 2010 police officers have seen an 18 per cent real-term pay cut from their pay, this is a national disgrace.”

He said the figures demonstrate the struggles and frustrations officers face, but despite feeling undervalued and underpaid most are still proud to be police officers.

“This is typical of those who do this extraordinary job, and something appreciated by the public. It now needs to be appreciated by those will control the Government purse strings,” Mr Apter said.

“My members have experienced years of austerity, they have seen police office numbers fall by 22,000 and they continue to face rocketing crime rates. They deserve better and I will continue to do all I can to ensure they get it.”

National Police Chiefs’ Council lead for pay and conditions, Chief Constable Matt Jukes, said: “Views from across policing, including the results of this survey, are used as part of submissions to the independent body which considers police pay every year.

“Police chiefs take both the financial and physical wellbeing of officers very seriously and it’s a priority of us all. We will continue to work with staff associations, including the Federation, to address the important issues identified in this survey.” 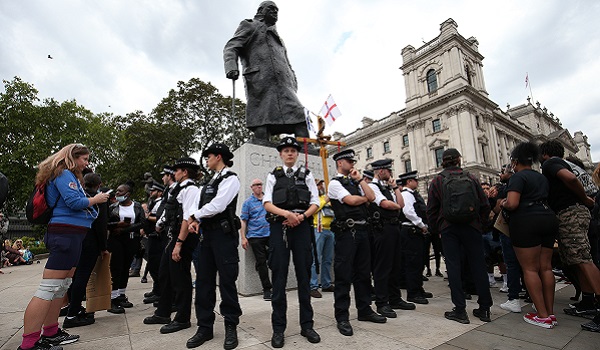 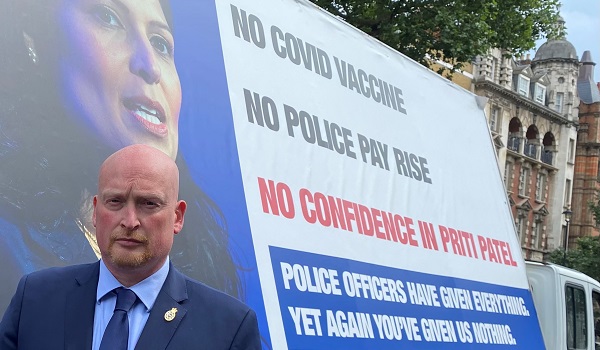