The three-month ban on sharing sensitive information between two of Northern Ireland`s main policing bodies is over. 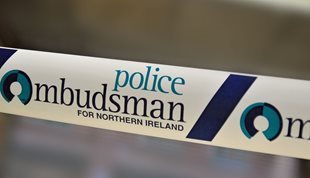 The three-month ban on sharing sensitive information between two of Northern Ireland`s main policing bodies is over. The Police Service of Northern Ireland (PSN)I has lifted its moratorium with the province`s Police Ombudsman. In April, the PSNI temporarily imposed the suspension after allegations that documents had been stolen from the Office of the Police Ombudsman for Northern Ireland (OPONI). The move came after a 69-year-old man who formerly worked as an Ombudsman investigator was arrested in Dartford in Kent and later released on bail. The force said the ban would stay in place until a review of security protocols was carried out. It is believed this was later executed by The Centre for the Protection of National Infrastructure. In addition, officers from Durham Constabulary have since been drafted in to investigate the case. It is understood the documents were originally taken around a decade ago and were later obtained by a Belfast based legal firm. A PONI spokesperson confirmed that the suspension had been lifted. The Police Ombudsman`s Office and the PSNI have agreed to the lifting of a moratorium on the sharing of sensitive information, a statement read. The measure was put in place in April this year after we became aware of the theft of some sensitive documents. The lifting of the moratorium follows the completion of an independent review of our security measures. A solicitor for four retired police officers later said they were considering taking legal action amid claims their personal details were unlawfully disclosed in the stolen documents.