Omagh ceremony disrupted by `cowards` who left bomb near cenotaph

A security alert that disrupted an annual Remembrance Day service has been described as sickening by the chief constable of the Police Service of Northern Ireland (PSNI). 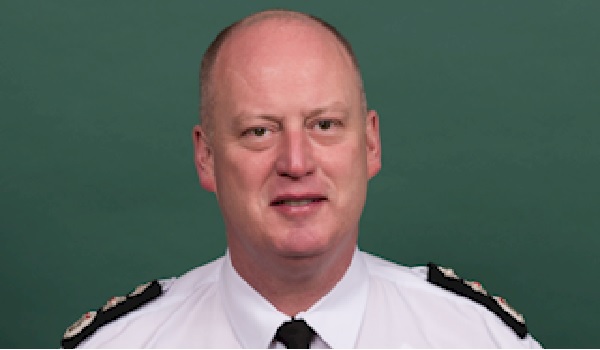 A security alert that disrupted an annual Remembrance Day service has been described as sickening by the chief constable of the Police Service of Northern Ireland (PSNI). The small but potentially dangerous viable device was left near the cenotaph in Omagh on Sunday (November 12) as a wreath-laying ceremony was about to take place. It is a stark reminder of Northern Irelands worst atrocity of the Troubles on August 15, 1998, when a Real IRA bomb exploded in Omagh, killing 29 people and injuring more than 220. Twenty-one people died instantly from the car bomb, and a further eight were pronounced dead either on the way or at hospital. Former chair of the Northern Ireland Policing Board Sir Desmond Rea said: The persons who choose to plant such a device in a democratic society this past weekend is appalling. But that they should do so in Omagh  the scene of the worst atrocity of the so-called Troubles in Northern Ireland  borders on sacrilege in a community still raw with its pain of 19 years ago. “This should act as a stimulus to all of Northern Irelands politicians to get on with their governing of the Province in the interest of all its people and the removal of the political vacuum, and the isolation of the so-called dissidents.” DUP MLA Tom Buchanan believes the incident on Sunday was a re-run of the Enniskillen Poppy Day bomb 30 years ago. On November 8, 1987, an IRA bomb exploded near a cenotaph during a Remembrance Sunday ceremony, killing 11 people  including one police officer  and injuring 63. The IRA apologised, saying the bombing was an attempt to kill British soldiers who were parading to the memorial, and disbanded the unit responsible. Mr Buchanan said: “Innocent men, women and children`s lives were taken and maimed with a similar type of device at that particular time. “And, again, I find it very difficult to get words strong enough to condemn those that are responsible for planning and pre-meditating such an attack.” Cordons were put in place at Mountjoy Road, Sedan Avenue, George Street, High Street and Drumragh Avenue, and the service was able to go ahead. Chief Constable George Hamilton said the force is following a strong line of enquiry that dissident republicans were responsible. This small but potentially dangerous device was left to cause the maximum amount of disruption to the Remembrance Sunday commemorations, he added. This is the action of a small and callous group of violent people who have nothing to offer our communities other than fear and intimidation. Whilst our investigation into the incident is at a very early stage one strong line of enquiry is that violent dissident republicans are responsible. Their actions today have demonstrated the disregard and disrespect they have for this community, which has already suffered so much pain and hurt at the hands of terrorists. It was a sickening and appalling act on a day which should bring people together to remember the sacrifice made by people from all our communities.” Ulster Unionist councillor Chris Smyth said: “It`s always going to hurt an awful lot when people come to remember their dead and they come with wreaths, they come with a very clear idea of what they want to do. “Then, because of the actions of a few very sick and very cowardly individuals, they`re stopped from doing that.” Secretary of State James Brokenshire tweeted: Sickening and despicable that on Remembrance Sunday when we gather to honour those who paid the ultimate sacrifice that someone should have placed a device in Omagh. There is no place in society for these faceless people who want to drag us back to the dark days of NIs past.