Forces across the UK have pledged their support for a royal initiative to help support people with brain injuries. 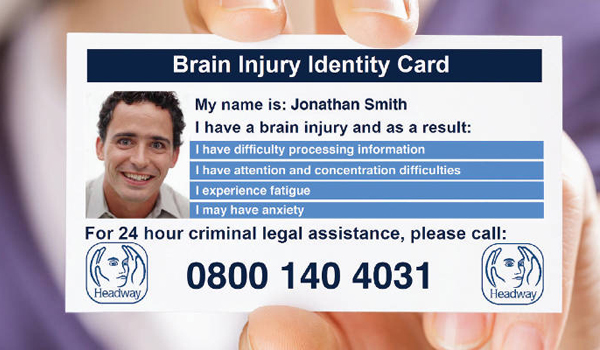 Forces across the UK have pledged their support for a royal initiative to help support people with brain injuries. Prince Harry and charity Headway launched the Brain Injury Identity Card scheme in Ipswich last week after extensive trials around the country. The programme is intended to help officers identify people with traumatic injuries and ensure they receive proper support throughout the criminal justice process. The Police Federation of England and Wales (PFEW) claims it will be of particular help to custody officers and promised to promote it through its network of representatives in this area. PFEW Deputy General Secretary Andrew Ward said: It will enable them to give particular support and assistance to members of the public affected by this type of injury and act as a cue to seek an appropriate adult or further medical advice for those who have been detained. The Federation is proud to support this valuable and important scheme. The scheme may also assist some of the thousands of police officers who are injured every year in the line of duty, many of them seriously. The card has also been supported by the National Police Chiefs Council (NPCC), Police Scotland, the Police Service of Northern Ireland, the National Appropriate Adult Network and the NHS. According to Headway, brain injury survivors can suffer hidden effects that can complicate their interactions with other people. The charity says people are often assumed to be drunk due to slurred speech or an unsteady gait. They may also experience confusion, anxiety or aggression from being confronted or placed in a confined space. The ID cards will feature their owners photo and will list some of the effects they commonly experience. Speaking to survivors at the launch event, Prince Harry said: This surely is a life-changing moment for people with a traumatic brain injury, whether or not they get arrested. This card is a saving grace for you guys and for the police as well. NPCC disability lead Janette McCormick said: We fully support this excellent initiative, which will help police officers and custody sergeants identify brain injury survivors at an early stage. This will not only save valuable and limited resources in many cases, but more importantly will ensure vulnerable adults are treated in an appropriate manner as a result of having their needs identified.