A suspected drug dealer who is believed to have hidden class A drugs inside his body when he was arrested has been in custody for 21 days as he refuses to go to the toilet. 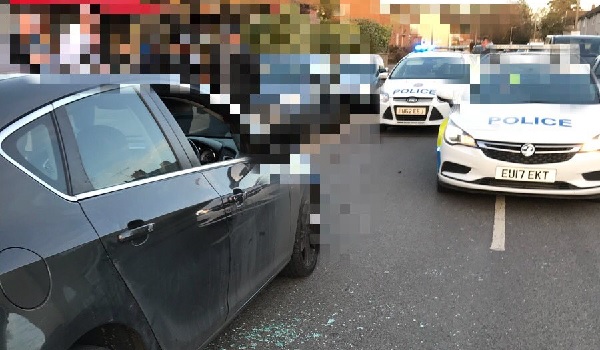 A suspected drug dealer who is believed to have hidden class A drugs inside his body when he was arrested has been in custody for 21 days as he refuses to go to the toilet. Essex Polices Operation Raptor West unit has been posting daily Twitter updates on the man  thought to be a member of a London gang  who was detained on January 16 and charged with intent to supply. Chelmsford Magistrates Court initially granted the force permission to keep him in custody for 190 hours, however, officers say he has since refused to eat, or accept that he will not be released until he relieves his bowels. He doesnt think we have the power to keep him until he removes said items from his bottom. #thinkagain, the Operation Raptor West account tweeted. Following a week in detention, the man still would not pass objects, so the force was authorised to keep him on poowatch for a further eight days. He is also refusing to let doctors remove the hidden drugs. In their summary to the magistrates, a Crown Prosecution Service (CPS) representative said: The one person preventing this from being resulted is the defendant himself. Police Constable Matt Hughes echoed this comment as he tweeted: I would like to clarify that the detainee is continually being assessed by a custody NHS medic with regard to his health. But it is HIS choice not to poo. We can only but wait! After 16 days, the courts issued a further week detention for the man. Three days later, the Operation Raptor West unit said he doesnt seem to understand that he will eventually need/have to go. As of Wednesday (February 7), the force confirmed there were still no movements to report, and the detainee will remain in custody until Friday, when another eight days will be requested.