Two off-duty police officers are confirmed among “at least” 50 people killed and 200 injured in the worst mass shooting in US modern history. 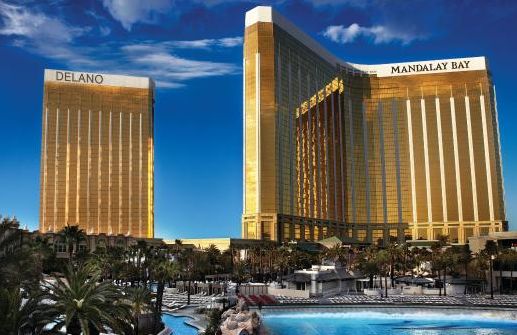 Two off-duty police officers are confirmed among “at least” 50 people killed and 200 injured in the worst mass shooting in US modern history. Police in Las Vegas have reportedly ruled out a terror motive after they killed the suspect on the 32nd floor of a Mandalay Bay Hotel, one of a number playing host to a country music festival when the gunman  named locally as 64-year-old Stephen Paddock  struck. The lone-wolf attacker opened fire at crowds who were watching the Route 91 outdoor festival on the Las Vegas Strip, officials said. Sheriff Joe Lombardo said investigators were now “confident” they had located a woman, earlier named as Marilou Danley, who was suspected of travelling with the gunman before the attack. The sheriff said he was unable to give accurate details of dead and wounded, but confirmed two off-duty police officers were among those killed. A local hospital spokesperson said earlier that at least 14 of the injured were in a critical condition. Witnesses said they saw dozens of victims. Reports claiming there were multiple shooters and explosions were dismissed as false. On Twitter, Prime Minister Theresa May wrote: The UKs thoughts are with the victims and the emergency services responding to the appalling attack in Las Vegas.