Officers past and present are mounting an unprecedented legal challenge over the refusal to prosecute the suspect in the murder of their colleague  PC Yvonne Fletcher. 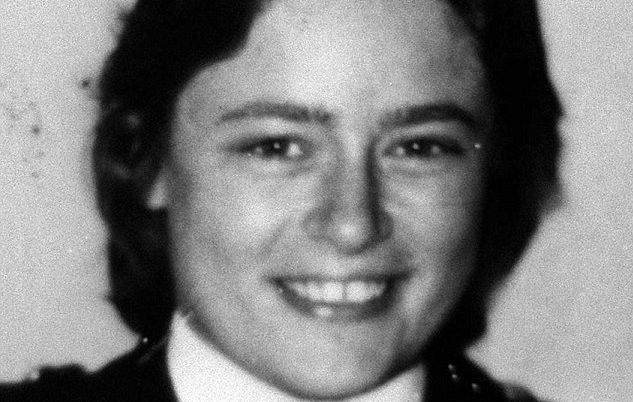 Officers past and present are mounting an unprecedented legal challenge over the refusal to prosecute the suspect in the murder of their colleague  PC Yvonne Fletcher. They have filed a judicial review against the Home Secretary, Foreign Secretary and GCHQ over the Governments decision to block vital evidence from being used in a prosecution over the shooting dead of the young Metropolitan Police Service (MPS) officer in London more than 30 years ago. The 25-year-old was caught in a volley of gunfire as she policed a demonstration against Colonel Muammar Gaddafi outside the Libyan People`s Bureau in St James`s Square on April 17, 1984. Ex-Police Constable John Murray, who was standing next to PC Fletcher when she was shot, and the Police Federation of England and Wales (PFEW) lodged the claim in the High Court. Mr Murray accompanied PC Fletcher in the ambulance to the hospital and promised her to bring the offender to justice. He has reportedly said that there is no legitimate justification for blocking the evidence. How can this evidence be withheld under the guise of national security after 34 years? It is ridiculous,” he said. That evidence should be released to the CPS, who, I think, once they get it, will change its mind and charge. I have no doubt that we will win.” Barrister Ben Emmerson, former lead counsel to the overarching Independent Inquiry into Child Sexual Abuse, is representing Mr Murray and the PFEW. After reopening the case in 2015, the MPS arrested Saleh Ibrahim Mabrouk, a former minister under Colonel Gaddafi, on suspicion of conspiracy to murder. But last May, the Home Office reportedly blocked the use of crucial evidence in the case, deeming it not fit for court  forcing detectives to admit that prosecutors would be unlikely to obtain a conviction as a result. This all but marked the end of the 34-year hunt for the MPS officer`s murderers. The MPS said in a statement: We believe our investigation has identified enough material to identify those responsible for PC Fletchers murder if it could be presented to a court. The key material has not been made available for use in court in evidential form for reasons of national security. Dr Mabrouk, who is in his 50s and reportedly has a son and wife in the UK, was released from bail without charge and told the investigation against him would not proceed “at this time”, the MPS said. He denies any role in the murder, or that there is any evidence against him. Policing leaders reacted with “surprise” and “disappointment” in the wake of the decision to abandon the investigation. The public will not be satisfied with a “bland” explanation that national security concerns led to the inquiry collapse, ex-Police Service of Northern Ireland Chief Constable Sir Hugh Orde argued. His calls were echoed by former MPS Commissioner Lord Stevens who said “fuller” answers would be sought following the announcement the prosecution would not go ahead. Lord Stevens said: “I suspect the public will probably want more of an answer as to why the prosecution hasn`t proceeded, whether it`s diplomatic immunity or something extremely secret.” According to the review, lodged last month, the Home Office, Foreign Office and GCHQ decided that key material could not be used in a prosecution. Ex-PC Murray said that the three respondents sought an extended period to reply, and the court set a deadline of next Wednesday (January 24). They are expected to reject the attempt to overturn their decision by arguing that it is out of time. In the case, Mr Murray and the PFEW will first seek to force disclosure of the key evidence to them. The case is considered so sensitive that the first stage is expected to be held under a closed material procedure, under the Justice and Security Act (2013). A government-appointed lawyer is likely to represent Mr Murray and the PFEW, before a government-appointed judge.