Officers could not have done more to save the life of a 34-year-old party-goer who became so violent both a Taser and police dog were used to detain and arrest him, a misconduct hearing was told. 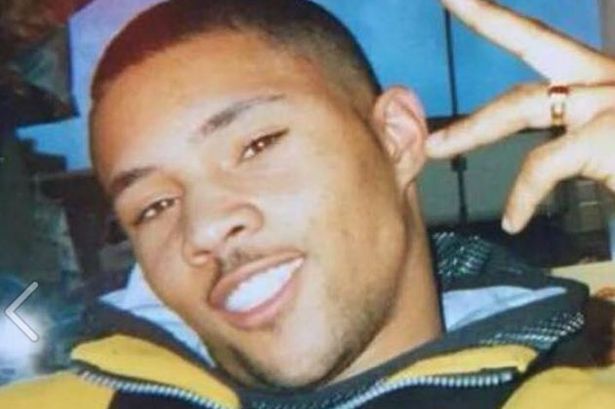 Officers could not have done more to save the life of a 34-year-old party-goer who became so violent both a Taser and police dog were used to detain and arrest him, a misconduct hearing was told. But two Staffordshire Police officers  found guilty of misconduct following an Independent Police Complaints Commission (IPCC) investigation  were in a no win situation surrounding the death of Adrian McDonald. But relatives described the written warnings handed to Inspector Richard Bills and Sergeant Jason Bromley as a slap on the wrist. The disciplinary hearing on Monday (September 17) found the two officers both showed a lack of diligence in failing to send Mr McDonald  who went on to suffer a fatal cardiac arrest  for an immediate medical assessment at a police custody suite. The pair were cleared of gross misconduct after an NHS expert ruled Mr McDonald would still have died even if he had reached the custody suite. A third officer was cleared of all alleged misconduct and will face no further action. Mr McDonald died in the back of a police van shortly after being arrested by the officers at a flat in Chesterton, Newcastle-under-Lyme. The tribunal panel criticised Sgt Bromley after he returned to the flat to check on the welfare of the police dog-handler and the officer`s dog rather than checking up on the detainee. Insp Bills was criticised for failing to intervene when Sgt Bromley went to the flat. Tribunal chairman Tariq Sadiq said: Sgt Bromley showed a lack of diligence in failing to convey Mr McDonald immediately to custody. He prioritised the condition of the dog-handler and the dog over the welfare of Mr McDonald. Insp Bills displayed a lack of diligence by failing to convey Mr McDonald immediately to custody. He should have intervened with Sgt Bromleys failings. But Staffordshire Police Federation  currently considering appeals on behalf of the officers against the rulings  stressed they could have done nothing more to save Mr McDonald`s life at the scene. The local staff association chairman, Keith Jervis, said: This man was so violent that both a Taser and a police dog were used to try to detain and arrest him. After a struggle he was taken from the flat but fell ill at the scene and sadly died. Expert evidence made it quite clear that Taser use was not a contributory factor in the death. They tried in vain to resuscitate him after he fell ill while being supervised sitting in a police vehicle. The misconduct panels view was that the delay in taking him to custody for medical assistance or to hospital, even though this was a matter of a few minutes, was unreasonable. The officers appear to have been in a no-win situation as Mr McDonald would have sadly died anyway. The standards of professional behaviour maintained by our officers are set at a high standard and officers have to make very difficult decisions in fast moving and fluid life-threatening situations. With the benefit of hindsight, and more time to consider, it is very easy to appear to find fault. We will continue to support the officers should they choose to appeal this conduct finding. Now Mr McDonald`s relatives are demanding to see the medical report and want answers at his full inquest in November. The McDonalds have backed the use of Tasers  and praised the force after this incident was captured on officers` body-worn video cameras (BWVs). Brother Wayne McDonald added: I have nothing against Tasers and the police are under pressure. We are pleased in a way that Staffordshire Police wear body cameras because without that there would be no evidence whatsoever. But he added: We need to know why they think he would have died anyway because he wasnt even given the chance of medical assistance so how can they say that? This is a one-year slap on the wrist for my brother dying in the back of a police van. My brother meant everything to us and we will never understand what happened. Mr McDonald, who lived in Stoke-on-Trent, had been attending