A man has been arrested after more than 50 mobile phones were reported stolen at a music gig of a chart-topping group. 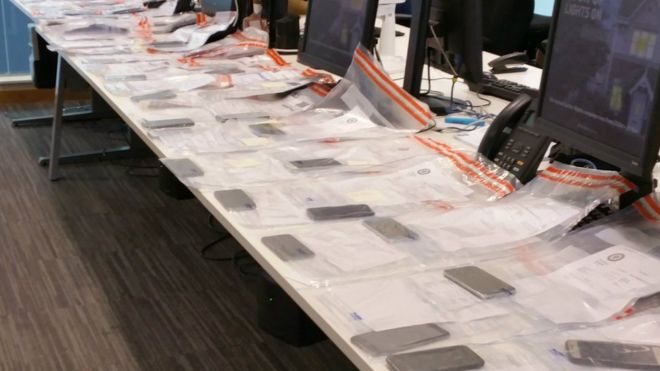 A man has been arrested after more than 50 mobile phones were reported stolen at a music gig of a chart-topping group. Royal Blood performed in front of 15,000 fans at The Arena Birmingham on Saturday night (November 18), where West Midlands Police (WMP) says the thefts took place. A proactive operation  set up by local officers after intelligence suggested gig-goers had been targeted at previous performances by the chart-topping band  led to the man being detained in nearby Broad Street. A total of 53 stolen phones were recovered from the 22-year-old, who was held on suspicion of theft. Officers are now appealing for people who attended and had their phone stolen to contact them. Detective Sergeant Jeff Clifford said: Currently the vast majority of victims have been identified, but we urge anyone who is missing a phone to call us. He added: Its an unfortunately a reality that large crowds at concerts such as this make rich pickings for career criminals. You can reduce the chances of falling victim to such crimes by remaining extra vigilant when attending busy events.