Officers `did their best` against deadly assault, IPCC rules

Officers facing a “significant threat” acted appropriately in difficult circumstances in responding to a frenzied knife attack, an inquiry has decided. 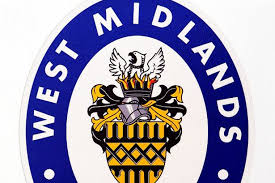 Officers facing a “significant threat” acted appropriately in difficult circumstances in responding to a frenzied knife attack, an inquiry has decided. The Independent Police Complaints Commission (IPCC) investigation concluded the West Midlands Police (WMP) officers acted professionally and to the “best of their ability in the face of extremely difficult and distressing circumstances”. The IPCC investigation followed a referral from the force after Melvin James` fatally wounded his sister and stabbed his mother before turning the knife on himself at the family flat in Merry Hill, Wolverhampton in March. Emergency response officers told an inquest jury at the Black Country Coroners Court in Wolverhampton how repeated Tasering had little effect on six foot three inch Mr James who kept moving towards them, saturated in blood, still holding a knife. The jury returned a narrative verdict on Thursday (August 24) which found that Mr James had died from multiple stab wounds and that his sister Ann-Marie, a mother-of-five, perished from a stab wound to the chest. The inquest concluded that the WMP officers had used an “appropriate level” of force on Mr James. But the jury and Black Country coroner Zafar Siddique both declared that there were “failings” from staff at the Royal Edinburgh Hospital and the NHS Lothian Trust in the lead-up to the tragic attack. On February 4 this year, Mr James was picked up by Police Scotland who found him walking in the road in the early hours, before he was admitted to the Royal Edinburgh Hospital and diagnosed with drug induced psychosis. Leon James said he had received repeated calls from his brother saying that Anne Marie and their mother were in danger from Megatron, a Transformer superhero. He was sectioned but released after 72 hours after making progress and returned to Wolverhampton, where he moved in with his mother. On March 8, WMP responded after a neighbour at the flats reported a disturbance but, as officers were arriving, Mr James mother made a 999 call to say her son had stabbed her and his sister, and that she had locked herself in the bathroom. Two officers made a tactical withdrawal after being confronted by Mr James with a knife in a hallway outside the flat and deploying a Taser which was not fully effective. When further officers arrived, Mr James had gone back into the flat. They forced entry and only restrained him after six further Taser deployments and the use of three stun grenades. The IPCCs investigator considered the use of force and did not identify potential misconduct on the part of any of the officers involved. It was noted that there was a significant threat to officers during what was a fast moving incident and that there was a need to allow safe access to medical professionals at the earliest opportunity. IPCC Commissioner for the West Midlands, Derrick Campbell, said: This was a tragic incident. It has had a big impact on the community. We had a duty to investigate the police response that day and it is clear officers acted professionally and to the best of their ability in the face of extremely difficult and distressing circumstances. Part of the investigation focused on the management of the scene by one officer and in particular the establishment of a cordon outside the flats when there were still members of the public potentially at risk inside. In the investigators opinion there was no case to answer for misconduct. The IPCC investigation included obtaining accounts from 17 officers, reviewing witness statements from members of the public and also reviewing airwave radio transmissions and body worn video camera footage. When delivering the inquest jury`s verdict, the foreman said: “There was inadequate documentation and recording of conversations between hospital staff and Melvin`s family. “There was also a missed opportunity for a follow up meeting after he had been released.”