Three officers have been cleared of perjury and perverting the course of justice in a case that helped redefine policing`s response to the restraint of patients in mental health settings. 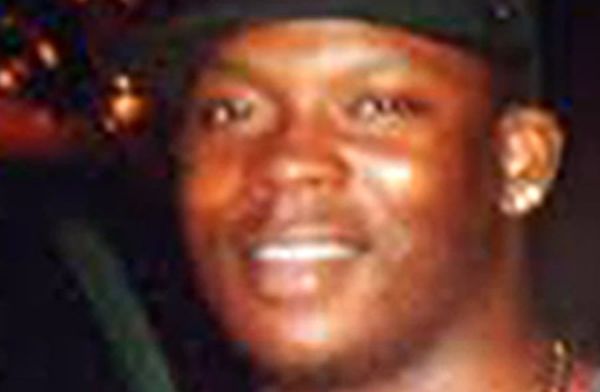 Three officers have been cleared of perjury and perverting the course of justice in a case that helped redefine policing`s response to the restraint of patients in mental health settings. Police Constables Paul Adey, Mark Fannan and Paul Greenfield were found not guilty of misleading the 2015 inquest into the circumstances of Kingsley Burrells death four years earlier. Mr Burrell, from Walsall, died in hospital on March 31, 2011 having suffered a heart attack. He had been sectioned under the Mental Health Act on March 27 and transferred to hospital three days later after West Midlands Police (WMP) officers were called to a disturbance at a secure unit involving the 29-year-old. The 2015 inquest concluded neglect by police, paramedics and hospital staff played a part in his death  and that a covering, put over Mr Burrells head as hed spat at paramedics during his transfer, should have been removed but was kept in place even after he had been moved to a seclusion room. PCs Adey, Fannan and Greenfield told the inquest they could not recall if Mr Burrells head had been covered. The Crown Prosecution Service (CPS) later charged all three with perjury and perverting the course of justice amid claims they lied while giving that evidence  but a jury at Birmingham Crown Court has cleared them on all counts. WMP Deputy Chief Constable Louisa Rolfe said: Our officers had a number of interactions with Mr Burrell in the four days prior to his death so we voluntarily referred the case to the IPCC  we have fully co-operated with all requests made by their investigators. The role these three officers played in the detention of Mr Burrell has now been thoroughly examined by independent investigators  and there has never been any suggestion they were criminally responsible for Mr Burrells death. We do not underestimate the impact this investigation has had on Kingsleys family, the wider community and the officers; we share concerns that this investigation has taken such a length of time. Mr Burrell dialled 999 from a supermarket in Winson Green on March 27, 2011, saying someone had threatened his young son with a gun  but WMP could find no evidence to suggest hed been threatened and he was sectioned under the Mental Health Act. An investigation by the CPS in 2014 concluded there was insufficient evidence to prosecute anyone over Mr Burrell`s death. Ms Rolfe added that crucial lessons had been learned from the tragic case around how the force manages people with mental health needs. In January, the Memorandum of Understanding (MOU) was published after two years in development, advising medical professionals not to call police support for routine interventions unless absolutely necessary. The guidance, which specifically followed on from this case and the 2010 death of Olaseni Lewis, stated that if police intervention is required officers are advised to only physically restrain patients after exhausting all other appropriate options. At the time of publishing the MOU, Martyn Underhill, Portfolio Lead for Mental Health at the Association of Police and Crime Commissioners, said the new guidance would “remove the confusion that existed inside health based settings in relation to police attendance and expected police actions once there”. Speaking outside court, Mr Burrell`s relatives and supporters, including his sister, Kadisha Brown-Burrell, and mother, Janet Brown, expressed disappointment at the verdicts. Family spokesperson Desmond Jaddoo called for a fresh review of all the evidence surrounding Mr Burrell`s death. He also renewed a call, first made after the inquest, for a full public inquiry into the circumstances of the father-of-three`s treatment. Mr Jaddoo said: “The damning narrative verdict of neglect (at the inquest) against West Midlands Police, West Midlands Ambulance Service, Birmingham and Solihull Mental Health NHS Foundation Trust and the NHS is yet to be acted upon. “We now request that the Home Secretary now place our 2015 request for a pu