Scotlands first prison liaison officer has been presented with a top honour by the International Association of Women Police (IAWP), adding to two awards already earned this year. 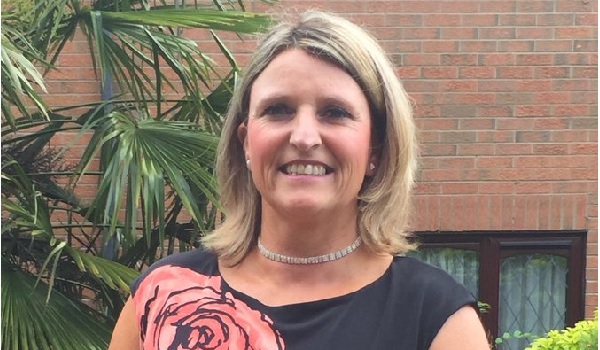 Scotlands first prison liaison officer has been presented with a top honour by the International Association of Women Police (IAWP), adding to two awards already earned this year. Police Constable Tracey Gunn won Police Officer of the Year at Police Scotlands Excellence Awards in January before she received the same award at the British Association of Women in Policings ceremony in June. Her work on the groundbreaking Meet the Police initiative, which forges strong links between officers and prisoners children, has received international recognition as she was awarded Officer of the Year on Sunday night (September 17) at the IAWPs International Women and Law Enforcement conference in Cairns, Australia. Her scheme works on building a rapport between children visiting HMP Edinburgh and police staff through interactive activities such as arts and crafts. Children are able to dress-up, learn about police cars, and meet representatives from other emergency services. They also get to meet prison dogs Ollie and Buck. In the last year, PC Gunn has led eight sessions at Edinburgh prison and has now introduced the initiative at five more prisons. She also encouraged inmates to collaborate on a booklet called My Daddy and the Police, which helps children to understand what happens to their father when he goes to prison. The booklet has been distributed to every jail in Scotland. This built her trust with the prisoners to the point where she was invited to share meals with them and meet their children during visits. PC Gunn said Meet the Police is the most rewarding work she has ever undertaken, and has been humbled by the awards the initiative has received. She added: Every day I see the benefits of the work we all do together  whether it is children who are curious about what police do and want to come and speak to me and my colleagues rather than being fearful, or men who are currently serving sentences but are doing all they can to turn their lives around and make sure their sons and daughters do not follow in their footsteps. I am very grateful for all the support I have received to get this role off the ground and help me to in turn support those who really need it. Deputy Chief Constable Rose Fitzpatrick said: “Tracey`s innovative work as a Prison Liaison Officer is truly inspirational, and her dedication to it is exceptional. I`m delighted that her commitment to building bridges between prisoners, their families and the police has been recognised not only in Scotland – where she won a Scottish Policing Excellence Award 2017 – but also now across the UK and internationally. She absolutely deserves this world-wide recognition for the positive difference she is making to so many lives.” IAWP President Margaret Shorter added: For the past 100 years, IAWP has promoted the role of women in policing. IAWP champions change to enable women to play their full part in delivering an inclusive service to their local communities. Without our annual recognition programme many phenomenal women and men would go unrecognized for their efforts.