A police officer has been dismissed for his part in a plot to dupe an elderly disabled relative out of her home. 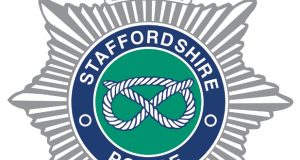 A police officer has been dismissed for his part in a plot to dupe an elderly disabled relative out of her home. Last week Sergeant David Gimbert, 37, received a six-month suspended prison sentence while his father, John Gimbert  a former police constable with 30 years service  was jailed for three-and-a-half years. Ex PC John Gimbert, 65, was found guilty of four counts of theft between November 2002 and October 2004. He used the money to help his three children buy homes. The pair faced a retrial over a charge of conspiracy to defraud after jurors failed to reach verdicts at an original trial in February. They were found guilty. A jury at Birmingham Crown Court found John Gimbert had abused his position as power of attorney over Janette Trims financial affairs. Miss Trim, who is in her 60s, suffers from severe learning disabilities. The elder Gimbert, from Leek, asset stripped his cousin, selling her bungalow for just £1 to his son David who was based at Staffordshire Police HQ in Stafford. The property was worth between £50,000 and £80,000. The force confirmed on Wednesday (October 11) that Sgt Gimbert has been sacked with immediate effect following his conviction for conspiracy to defraud. A special case hearing was held for Sgt Gimbert which was chaired by Chief Constable Gareth Morgan. The hearing found Sgt Gimbert had breached the Standards of Professional Behaviour in relation to discreditable conduct, honesty and integrity. Chief Constable Morgan said: “To retain Sgt Gimbert in Staffordshire Police would require me to rationalise and justify to the public that his conduct, which has been found to be discreditable and dishonest, can be mitigated by his subsequent public service. “I do not believe this is either practical or tenable. “I have an obligation to the public to maintain their confidence and to Staffordshire Police to set standards and expectations. I cannot reconcile either of these with retaining Sgt Gimbert in Staffordshire Police.”