A retired officer is hoping his extra special Christmas present will bring a child he has never met  the gift of a better life. 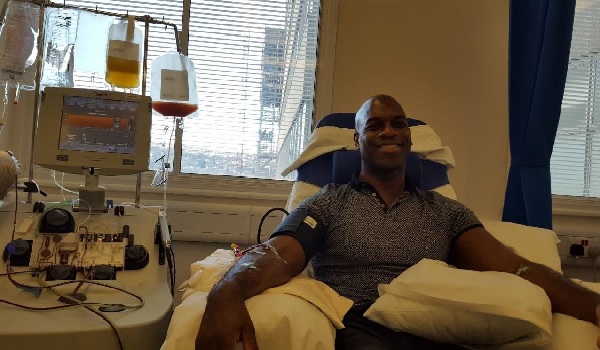 A retired officer is hoping his extra special Christmas present will bring a child he has never met  the gift of a better life. For former Detective Chief Inspector Brian Carmichael has donated rare bone marrow stem cells to help the unknown recipient who is suffering from a life-threatening disease. Ex Det Chief Insp Carmichael, whose 30-year with West Midlands Police included a spell in the forces Professional Standards Department, signed up with blood cancer charity Anthony Nolan a decade ago. He was encouraged to join a transplant register through the Black and Asian Police Association, which aims to find matches for those who need stem cell or bone marrow transplants. In September, he received a call from the charity telling him he was a match for a sick child. He agreed without hesitation because helping people is what you do as a member of the police service. He received four injections over the same number of days to increase his stem cell production and move them from his bone marrow into his bloodstream. It was at this stage that I learnt that the recipient was a child, he said. It was not until then that I truly understood the importance of my donation and consequences for the child and their family. “This simple act of donating my stem cells is one of the most amazing and humbling acts that I have ever done. I now pray and hope this child will make a full recovery. “I would urge anyone to become a donor and do something amazing by giving someone a chance of life. If you have doubts about being a donor just imagine the person needing the donation is your spouse, relative or friend. Wouldnt you be praying and hoping for someone to help save their life?!” The life-saving stem cells given to the patient helped them replace their own damaged cells. Although Ex Det Chief Insp Carmichael is unable to find out the identity of the child, he will be able to communicate with them anonymously for the next two years.