An officer left in a coma for 14 years after being involved in a collision while on duty has died. 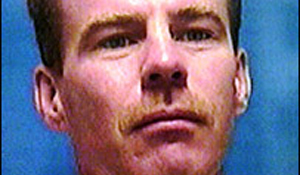 An officer left in a coma for 14 years after being involved in a collision while on duty has died. Police Constable John Alcock, 54, was on royal protection duties near Balmoral in 2003 when the marked police car he was a passenger in was struck by another vehicle. The Grampian Police officer sustained severe brain injuries in the incident and has required intensive medical care ever since. He passed away on October 7 after suffering from a chest infection. In a statement, PC Alcocks family said: John left us after a courageous 14-year battle in a coma following a car accident on duty. He was deeply loved by his devoted Donna, their son Callum, Stacey and David, parents Chris and Rosemary and 11 siblings. A Scottish Police Federation spokesperson said: Johns family did an amazing job in looking after him and the police family did what it could to assist. All our thoughts are with his loved ones. The other vehicle involved in the collision was being driven by Italian tourist Marco Bologna, who later pleaded guilty to careless driving and was fined £1,000. In 2008, a £10 million damages action for PC Alcock was settled out of court for an undisclosed sum.