An officer who was filmed hitting a man’s car with his baton before sawing the windscreen with a lock knife has been found not guilty of assault. 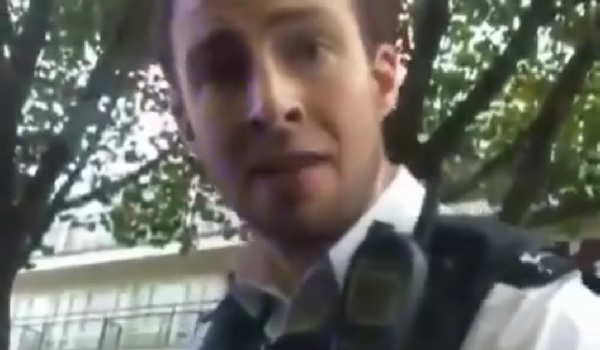 Police Constable Joshua Savage, of the Metropolitan Police Service (MPS), was also cleared of possession of a blade and destroying property at Southwark Crown Court on Friday (July 27).

The incident on Vicar’s Road in Camden, north London, was filmed by Leon Fontana and widely shared on social media.

PC Savage and a colleague conducted a stop and search on Mr Fontana on September 16, 2016, in a case of mistaken identity.

They believed the driver was a violent drug dealer called TJ Dixon who may have had a weapon.

According to police records, Mr Fontana’s vehicle had previously been used to make off from officers.

Footage of the incident shows PC Savage behaving aggressively. However, the officer claimed he had already explained to Mr Fontana why he stopped the vehicle before the motorist pressed record.

The driver placed his keys on the dashboard but refused to open the car door.

And in a police witness statement, PC Savage said he feared for his safety after seeing the suspect lunge towards the footwell of his black Ford Fiesta, which had tinted windows.

He also claimed officers are becoming more reluctant to deal with serious crime because they fear what might come afterwards.

Pleading not guilty to possession of a bladed article, he said the lock knife he used to cut through the windscreen is carried by most MPS officers for emergency situations.

Mr Fontana told the court he had glass removed from his eye and had to pay £175 to have his windscreen fixed.

Following the jury’s verdict, Judge Christopher Hehir urged the MPS to compensate Mr Fontana for the damage to his windscreen.

The Independent Police Complaints Commission (IPCC) completed its inquiry into the incident in February and referred the case to the Crown Prosecution Service, which authorised the charges against PC Savage.

The officer – who has been on restricted duties since the incident – must still face a misconduct hearing despite his acquittal.

IOPC Regional Director Jonathan Green said: “The footage captured by the victim on their mobile phone and widely shared in the media, is shocking and it was important that PC Savage was held to account for his actions.

“Our investigation gathered evidence that suggested a criminal offence may have been committed by the officer. A trial has now been held and PC Savage has been cleared of all four charges.

“We will be in contact with the Metropolitan Police Service to ensure that the hearing is held as soon as possible.”