An officer who shirked work three times “for the pleasures of the races” and was spotted on TV celebrating a win at Royal Ascot has lost his job. 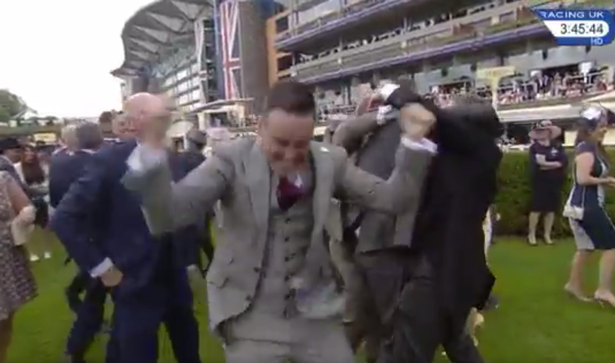 An officer who shirked work three times “for the pleasures of the races” and was spotted on TV celebrating a win at Royal Ascot has lost his job. Police Constable Jonathan Adams denied feigning illness and told a Gloucestershire Constabulary gross misconduct hearing that he attended horse race meetings as a form of therapy for his stress, migraines, and irritable bowel syndrome. But the hearing ruled the 32-year-old officer had been “dishonest” and that the symptoms he described were “not compatible with the activities he said he undertook in going racing”. Chairman Alex Lock said the three-person panel concluded that “on the balance of probabilities that he did pass the threshold of being fit for work” and should be dismissed. The hearing was told that PC Adams, who transferred to the force in 2014 from the Civil Nuclear Constabulary, was a probationer officer and had been working under “high pressure” in the short-staffed Barton Street police station in Gloucester. He blamed his illnesses and symptoms of anxiety and depression on the hard-pressed working environment. His evidence about conditions at Barton Street were supported by Sergeant Matt Puttock, and retired Chief Inspector Richard Burge, who both gave character evidence for him. PC Adams had told the hearing that on September 30, 2015, and on April 6 and June 17 last year he was genuinely ill and called in sick. On the first two dates he travelled to Nottingham Races to see a horse called Little Lady Katie, owned by a syndicate called Onto a Winner in which he had a two-and-a-half per cent share. Then on June 17 he went to Royal Ascot and watched another horse, owned by the same syndicate but in which he did not have a personal share, called Quiet Reflection. The horse won the Commonwealth Cup and the panel saw a ten-second TV clip of him celebrating, raising his fists to the camera. PC Adams said on all three occasions he decided it would do him more good to go to the races than stay at home because racecourses were his “happy place” and helped alleviate his symptoms of crippling stomach ache and stabbing pains or migraine headaches. In giving the decision the chairman said the panel had taken into account the effect that the tough conditions at Barton Street police station would have had on the officer. “We accept that Barton Street was a difficult and pressured working environment,” he said. “We have accepted there was a high turnover of supervisory staff and that PC Adams and others were subject to high workloads. “We have little doubt that these three areas were all detrimental to him and had an effect on his health.” He said the investigation into PC Adams` behaviour by the force`s Professional Standards Department had not fully investigated those aspects and it would have been “beneficial” if it had because it would have provided “a full understanding of the environment in which he worked”. Investigations into the situation at Barton Street and general staff sickness had been done in a cursory way, he added. Stephen Morley, lawyer for the force, then called for PC Adams` dismissal, adding: “We cannot have police officers who are dishonest or prepared to behave dishonestly.” PC Adams` lawyer Richard Shepherd said the officer was of “impeccable character” who “did his best” to manage the symptoms of a stress-related condition. Asking the panel to take into account many glowing references for PC Adams, the barrister submitted that the public ultimately wanted officers to be good at what they do and the constable was one of them. “The grown-up citizen, understanding the situation as fairly reported, would come to the conclusion that this officer can continue to serve with distinction and in a very few short years this will be behind him and what will be left will be a brilliant officer that this panel, this force and the public can be so proud of,” he said. But panel chairman Mr Lock said PC Adams had acted “entirely for personal gain” in shirking work for the pleasures of the races and the