The National Police Chiefs Council (NPCC) has recommended a two per cent pay rise for all police officers in its submission to the Police Remuneration Review Body (PRRB). 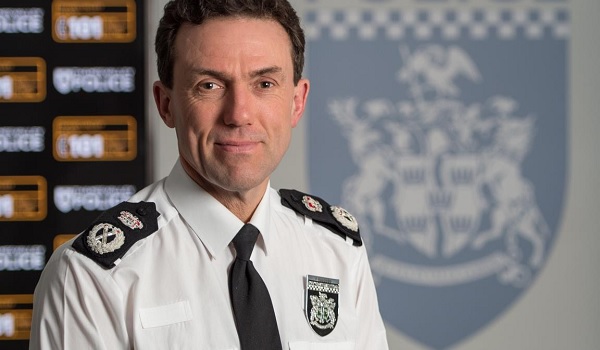 The National Police Chiefs Council (NPCC) has recommended a two per cent pay rise for all police officers in its submission to the Police Remuneration Review Body (PRRB). The NPCC says the difficult decision was made in comparison with other pay awards, particularly in the public sector. It added that an annual increase of more than one per cent should be considered now the public sector pay cap has been removed. The next stage of the NPCCs proposals include a new pay structure and timetable until 2020, as well as its proposed approach to apprenticeship pay. A further three recommendations were set out in the report, including a two per cent uplift in the annual dog handlers allowance. National lead on pay and conditions Chief Constable Francis Habgood said a two per cent increase is both affordable and appropriate. He added: It is always a difficult challenge to balance our desire to see our officers suitably recognised for their hard work with the need to maintain services to the public within budget. We believe that our proposal to increase salaries by two per cent strikes this balance. Although the overall police budget will increase next year if all Police and Crime Commissioners increase their precept by £12, the funding increase for individual forces will vary from 1.6 per cent to a maximum of 3.6 per cent. These disparities, along with increased operational and inflationary demands, mean that the majority of forces would not be able to afford a pay increase of more than two per cent. Police Federation of England and Wales (PFEW) chair Calum Macleod believes the submission is an example of the NPCC taking us all for complete fools. He said the devil is in very much in the detail as the document proposes that the one per cent unconsolidated payment made last year be stopped moving forward. Government spin is one thing, but now NPCC spin too. And its not just us they are trying to fool  its the public too, Mr Macleod added. Why else would the government have chosen to spin it that they were giving a 2 per cent increase last year, when it was blatantly obvious to us that the 1 per cent unconsolidated payment was just a one-off bonus, not an annual bonus. Now we find the NPCC want to stop that and instead make this years award 2 per cent consolidated, meaning officers pay pension contributions on the entire amount. Fine if the additional bonus were paid each year; fine if the 1 per cent unconsolidated payment last year was consolidated in addition to the 2 per cent. But please NPCC, do not expect any gratitude from the rank and file for this. On Monday (February 5), the PFEW made a 3.4 per cent pay rise submission to the PRRB. It also criticised the NPCC for a failure to bring discussions to the appropriate arena and a lack of engagement in the Police Consultative Forum. An apprenticeship scheme for police officers is currently being developed to be used across all forces in England and Wales from later this year, and the NPCC recommended the salary starts at £18,000. All costs associated with their course will be funded by the organisation so we think that this is an attractive option for individuals, Mr Habgood added. We therefore think that this new entry route should have a slightly different starting salary. Comparison with other apprentice schemes and research with potential applicants suggests that a salary range from £18,000 would be both appropriate and attractive. This compares to a starting salary for officers joining through non-apprentice routes of £19,971. It is recommended that forces will be able to set the actual starting salary based on local market factors and in line with national guidance. Pay structures and award offers vary greatly across the public sector. Last month discussions were reportedly being held over firefighters in Scotland potentially being offered 20 per cent if they agree to new responsibilities  although it appears it would come at a price of between 200 and 300 jobs cut fro