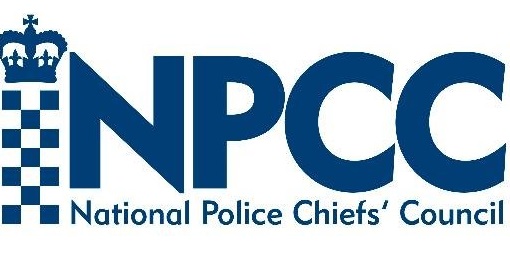 Unprecedented terrorist attacks on home soil have led policing leaders to justify a national first on arming officers. The National Police Chiefs Council (NPCC) will talk-up the controversial topic next month in a discussion paper still being worked on by firearms lead Simon Chesterman. With nothing set in concrete, the two-day meeting  which begins on July 12  will debate how certain risks, such as recent atrocities in London and Manchester, could influence a possible change of direction. The longstanding principle of unarmed policing is thought to be under pressure after four terrorist attacks in three months. But the NPCC admits it is not looking to routinely arm officers  except possibly in key locations  but rather discuss a range of available options to combat a marauding attack outside London and how best to orchestrate rapid reaction to shoot a terrorist from those not normally deployed in firearms units. A spokesperson told Police Professional it is the first time the subject of arming officers has been debated in recent years. The upcoming discussion will not constitute a set of formal proposals  and before any decision is taken the whole matter would be subject to extensive threat and risk assessments to ensure it was justified by the nature of the threat, the spokesperson added. Whatever is decided there will need to be considerable discussion before any implementation with police and crime commissioners, government and other statutory bodies. While nearly everything appears up for discussion, no change in the law would be required for forces to increase the number of officers who carry guns. Legally, chief constables in the 43 forces across England and Wales are operationally independent, and any decision about the arming of officers is formally for them and their police and crime commissioners (PCCs). One option being mooted for getting armed officers more quickly to the scene of an attack is for response officers to be offered a sidearm, like those carried by their Police Service of Northern Ireland colleagues. The paper is also believed to be considering the level of training required to use a handgun. It is understood this could be two weeks of training, followed by day of refresher training and re-accreditation twice a year. The Westminster attack in March saw about 50 armed officers on the scene in 11 minutes, although in that instance the attacker was stopped because an armed protection officer happened to be in the grounds of the Houses of Parliament. There has already been one drive to increase the number of fully trained armed officers, after the Paris attacks in November 2015. In the wake of the murder of unarmed Police Constable Keith Palmer by terrorist Khalid Masood outside the Palace of Westminster in March, former Northern Ireland Secretary Theresa Villiers suggested it was time for all officers who patrol areas known to be of interest to terrorists to be armed. Two armed close protection officers shot dead his attacker within a few seconds of the stabbing, ending Masoods atrocity, which claimed five lives. But investigators have said that even if PC Palmer had been armed it is unlikely he would have been able to defend himself in time. Conversely, in the 2013 terrorist murder of Fusilier Lee Rigby, in Woolwich, south London, officers could not intervene until armed colleagues arrived on the scene. Any moves to arming patrol officers is likely to be resisted by the rank-and-file. Four out of five of officers recently voted against carrying guns  with one in ten saying they would quit rather than carry a firearm. But the Metropolitan Police Federation poll of officers found just over half said they would carry a gun routinely if asked to do so.