Policing leaders have been warned to guard against going beyond reasonable lines of evidence gathering as digital-age challenges risk disproportionate intrusion into the lives of sexual abuse complainants. 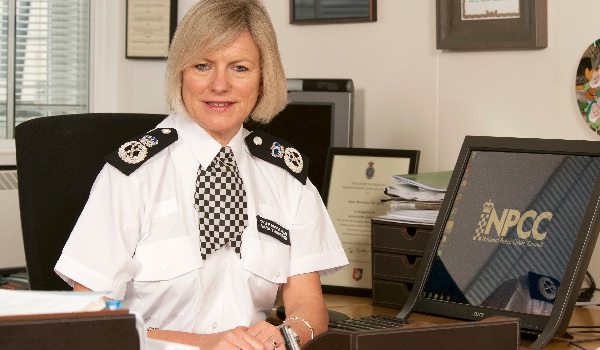 Policing leaders have been warned to guard against going beyond reasonable lines of evidence gathering as digital-age challenges risk disproportionate intrusion into the lives of sexual abuse complainants. Forces may have to apply a short term brake to slow down investigations into sexual offences and consider the advice of Metropolitan Police Service Commissioner Cressida Dick to move resources, another of the countrys most senior officers has warned. The blunt message from National Police Chiefs Council (NPCC) chair Sara Thornton comes in the wake of the collapse of a series of rape trials in recent months after late disclosure of digital information to the defence led to cases being undermined. Since then, the Crown Prosecution Service (CPS) has announced a review of all current rape cases and Nick Ephgrave, the NPCCs lead on criminal justice, has admitted that forces have a cultural problem with disclosure. The attorney generals guidelines on disclosure say that officers have a duty to pursue all reasonable lines of investigation, leading both towards and away from a conviction, Ms Thornton said. But she maintained that, in future, investigators will have to discuss with prosecutors at an early stage in any case what reasonable lines of inquiry might arise from information stored on phones, tablets and laptop computers. This could involve the use of hi-tech artificial intelligence to comb through vast digital archives, with some struggling forces already farming out the job to private companies, she suggested. Her comments have won immediate backing from victims charity Rape Crisis England and Wales, which welcomed the considered response from the NPCC to the current debate around evidence disclosure. Ms Thornton, who raised the issue on her NPCC blog, stressed that forces could not simply hand over to defence lawyers the records of all calls, texts and other messages made by those involved in a case. She argued: In the desire to solve this issue, we must guard against going beyond reasonable lines of inquiry. We cannot allow people to be put off reporting to us because they fear intrusion into their lives and private information thats not relevant to the crime being shared in court  the digital equivalent of the tired trope of women in short skirts asking for it. This is why the idea of handing all the unused material to the defence wont work  it would go beyond what is reasonable and proportionate. She added: Getting this right means we are asking investigators to do more at a time when we have a shortage of detectives and many other complex demands. We must be honest that this may slow investigations in the short term and forces will have to consider moving resources  as Cressida Dick said last week. Ms Thornton said that since the end of last year the NPCC has been working with the CPS to address the flaws in recent cases, and we now have a good joint plan that were all behind. Investigation and appropriate disclosure is as old as policing but we are challenged by sheer volume of data we all hold in 2018, and therefore the many, many more potential lines of inquiry, she added. So, we must cooperate, acting with fairness and impartiality, and this might mean practical conversations with complainants and suspects at the start of the process to ask them is there anything in your phone thats relevant to the case?. In response, a spokesperson for Rape Crisis England and Wales said: The proliferation of new technologies and the fast-paced, ever-changing digital world have altered not only the way sexual offences now need to be investigated but also the ways sexual violence perpetrators gain access to, target, groom and abuse both children and adults, and the ways victims and survivors seek and gain information and support. As we tackle these challenges, it`s vital to remember that published data from the Office for National Statistics and the Crime Survey for England and Wales t