Police officers in Northern Ireland are “disgusted and disappointed” at being left “in the dark” without a penny more after the Government lifted its seven-year public sector pay cap in England and Wales. 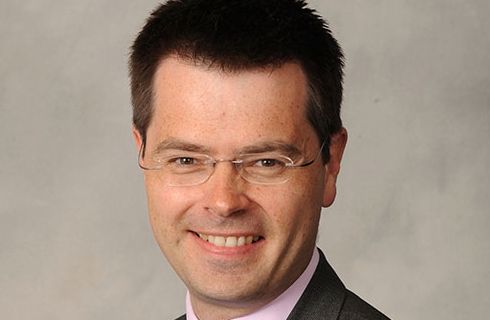 Police officers in Northern Ireland are “disgusted and disappointed” at being left “in the dark” without a penny more after the Government lifted its seven-year public sector pay cap in England and Wales. The Police Federation for Northern Ireland (PFNI) today called on Secretary of State James Brokenshire to take action and deliver the new pay award to thousands of officers in the province  as there is no Stormont minister to sign off on any deal. On Tuesday (September 12), Downing Street said it was to award officers a two per cent increase for 2017/18. However, only one per cent is a genuine rise in salary and be pensionable. Officers will also receive a one per cent “non-consolidated” bonus on top of their basic pay. The changes are to be backdated to the beginning of this month. The 2017/18 settlements will be met out of existing police funding, adding further pressure to budgets that had only factored in a one per cent increase. But Police Service of Northern Ireland (PSNI) officers will not get an increase in their September payslips because the Northern Ireland Executive has collapsed after ministers resigned over corruption allegations. And the Northern Ireland Office told Police Professional it shared the “frustration” felt by officers but admitted it was “impossible to deliver a pay award” at the moment. In the past, pay parity has been maintained with England and Wales, but the PFNI is warning that this can no longer be taken for granted. The staff association says it remains in the dark about arrangements on the pay recommendation for Northern Ireland. PFNI chairman Mark Lindsay said: “Much to our disgust and disappointment there has been no such award relating to police officer pay for Northern Ireland. “The sole reason for this is the absence of a devolved administration, which requires consideration for any recommendations by both a justice minister and a finance minister. “In addition, there is currently no legislative process in place in Northern Ireland to sign off any element of an award. “The Department of Justice is in possession of the Pay Review Body recommendations relating to police pay in Northern Ireland, but a decision has been made at Permanent Secretary level not to share these recommendations prior to a minister having sight of same.” Mr Lindsay said that in the absence of an Executive, he has written to the Secretary of State “urging him to enact legislation which enables critical decisions pertinent to the effective running of Northern Ireland to be taken in the absence of local ministers”. He added: “We would also seek assurances that any increase for officers in Northern Ireland be backdated to September 1, 2017.” The seven-year public sector pay cap is to be scrapped from next year, with ministers given “flexibility” to breach the long-standing limit of one per cent on increases. The end of the ceiling on public sector rises was made public shortly before Labour leader Jeremy Corbyn rose to address a TUC conference in Brighton dominated by calls for an end to restraint. TUC general secretary Frances O`Grady branded the increases for police officers “pathetic”, on a day when the latest inflation figures showed prices rising by 2.9 per cent annually. The government`s pay restraint policy has included a two-year freeze after the Conservative-led coalition came to power in 2010, followed by a one per cent annual limit from 2013, leading to a real terms decrease of 15 per cent. A spokesperson for the Northern Ireland Office told Police Professional:”As the Government has repeatedly made clear, we will always give our fullest possible backing to the brave men and women of the PSNI who do such a superb job in keeping people in Northern Ireland safe and secure. The Secretary of State for Northern Ireland fully recognises the frustration felt by police officers in Northern Ireland as the lack of a devolved administration means it is currently impossible to deliver a pay award following the governments announcemen