A former police and crime commissioner (PCC) will not face a re-trial over allegations that he disclosed confidential information. 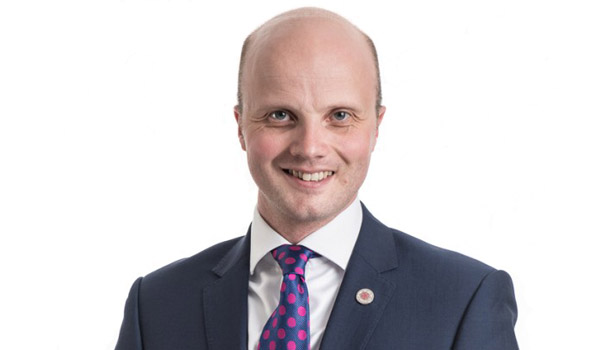 A former police and crime commissioner (PCC) will not face a re-trial over allegations that he disclosed confidential information. Adam Simmonds, the first PCC for Northamptonshire, denied passing details of a fraud investigation involving a local MP to Conservative Party colleagues. The jury at Southwark Crown Court was discharged on July 20 after it failed to reach a verdict on the case. On Friday (July 28), the Crown Prosecution Service decided that a second trial would not be in the public interest and the judge gave a not guilty verdict. Prosecutors had accused Mr Simmonds of unlawfully disclosing personal data after he discussed an ongoing fraud investigation into Wellingborough MP Peter Bone. Mr Simmonds had been privy to emails regarding the investigation sent by Northamptonshire Polices then chief constable, Adrian Lee. It was alleged the former PCC had spoken with other Conservative MPs about what would happen if Mr Bone was prosecuted. The discussions were described by then council member David Mackintosh as a gossip conversation and Mr Simmonds claimed they occurred while he was wearing his political hat rather than his PCC hat. He added that he believed the information was in the public domain. However, Mr Lee said he never gave Mr Simmonds permission to share the information and permission was never sought. The investigation into Mr Bone was dropped in 2014. Welcoming the verdict, Mr Simmonds said the courts decision had ended nearly three years of considerable anxiety.