A lack of resources means online child sexual abuse is not given enough priority by Police Scotland, according to a new report published yesterday (February 26). 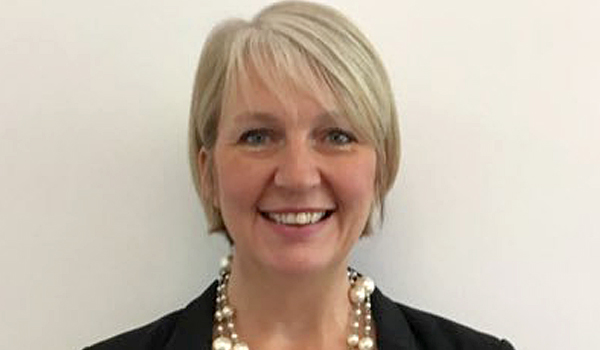 While there was a clear commitment to tackle the “growing problem”, HM Inspectorate of Constabulary in Scotland (HMICS) said the force lacked an “overarching strategic response”.

Inspectors also found that Police Scotland’s response was “generally reactive, with very little evidence of proactivity”.
The report – Strategic review of Police Scotland’s response to online child sexual abuse – found there were “real challenges” in capturing the true nature and extent of online child sexual abuse and the way in which reports of crime were recorded made it difficult for police to understand the actual level of offending online.

Difficulties in recording accurately the prevalence of online child sexual abuse were compounded by a lack of dedicated analytical support and an absence of centralised intelligence assessment capability.

Police Scotland Deputy Chief Constable Malcolm Graham said protecting children in Scotland remained a “top priority” for the force but cyber-enabled crime was placing an ever-increasing demand on policing in Scotland and elsewhere.

Gill Imery, HM Chief Inspector of Constabulary in Scotland, said while the review focuses on Police Scotland’s response to online child sexual abuse, “the scale of the challenge is such that it cannot be met by law enforcement alone”.

“I believe there should be more consideration of rehabilitation and treatment interventions for some offenders, allowing the police to focus on those who pose the greatest risk to children,” she added.

HMICS said it acknowledged “the clear commitment from current post holders at the most senior levels in Police Scotland to work together to tackle online child sexual abuse”, but responsibility was shared across different areas within Specialist Crime Division and local policing divisions. Public protection was the correct professional function to lead the response, yet has the least resources.

“There was evidence of work in progress, however, at the time of the review, Police Scotland had no overarching strategic response to a growing problem,” it added.

Police Scotland has introduced effective processes to create and manage National Online Child Abuse Prevention (NOCAP) packages, the vast majority of which are generated from intelligence provided by the National Crime Agency (NCA) and which are dealt with well at a local level.

“However, the review found that the strategic direction was unclear, therefore officers and staff were unable to link their operational activity to the overall aim,” said HMICS.

“While an accredited risk assessment tool is used by Police Scotland to prioritise the referrals from the NCA, which are then developed and researched to create NOCAP packages, there is no overall consideration of the impact the effort devoted to progressing these packages is actually making to the levels of offending.

“Police Scotland’s response is generally reactive, with very little evidence of proactivity. Vigilante groups, known as online child abuse activist groups, are unregulated and untrained, and have been identified correctly as a risk.”
Mrs Imery said one of the main proactive tactics would be to deploy undercover online specialist officers.

“However this does not often happen,” she added. “If Police Scotland had a more robust approach to its proactive capability, the opportunities for online child abuse activist groups to operate would reduce.”

“The review highlights that online child sexual abuse rarely features as a priority when specialist resources are being allocated through formal tasking arrangements, and HMICS suggests that specialist support functions need to focus on those most in need of protection rather than the more traditional focus on drugs and firearms.

“It also encourages Police Scotland to review the distribution of posts across its Specialist Crime Division given that public protection, the department best placed to respond to online child sexual abuse, has least resources to tackle the ever-increasing demand.”

The HMICS review makes ten recommendations for Police Scotland to:

• Improve the means by which recorded data can accurately inform assessment of the scale and nature of online child sexual abuse;

• Review the level of analytical support provided to the public protection business area and consider the appointment of a dedicated analytical resource;

• Ensure a strategic governance framework is in place, which provides support, direction, scrutiny and quality assurance to the force’s response to online child sexual abuse;

• Review the current arrangements for allocation of specialist support in relation to online child sexual abuse to ensure the allocation is fair, equitable and meets the needs across the country;

• Review the resources and structure of the Internet Investigation Unit and Communications Investigation Unit to ensure that the force is able to meet current and future demand in relation to initial risk assessment, triage and intelligence development.

• Work with the NCA to ensure that all capabilities are being exploited to their full potential and intelligence is shared effectively;

• Work with the Crown Office and Procurator Fiscal Service to establish a pragmatic and realistic approach to digital forensic examination requests;

• Review its capacity and capability to conduct undercover online covert operations in support of its policing priorities and ensure that undercover online operatives are sufficiently equipped and supported to identify and adequately assess the risk to children as a result of online offending; and

HMICS says it will monitor these against progress.