An investigation into police contact with a man who died following an incident in Llanelli in 2016 has found no case to answer for misconduct against any Dyfed-Powys Police officer. 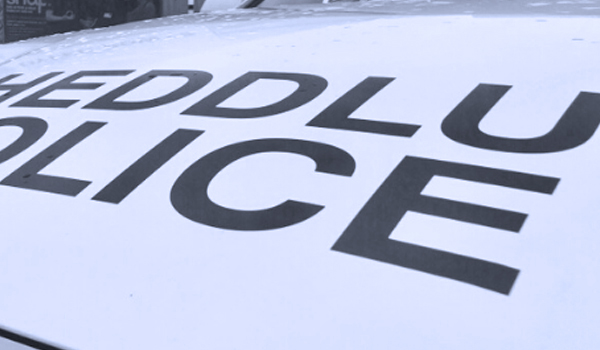 At the end of a two-week inquest into the death of Spencer Beynon on Friday (November 11), the jury returned a conclusion of death by misadventure.

Officers had arrived at Maes Y Bwlch, Llanelli, at around 7.30pm on June 14, 2016, following several calls from members of the public reporting a disturbance.

Mr Beynon, 43, was found in the street in a distressed state and with a severe neck wound.

During the incident, a police constable discharged a Taser. Mr Beynon became unresponsive, and an ambulance was called, but he was pronounced dead at the scene shortly after 8pm.

After a referral from Dyfed-Powys Police that evening, investigators from the then Independent Police Complaints Commission (IPCC) – now the Independent Office for Police Conduct (IOPC) – attended the scene and the police post-incident procedure to begin their inquiries.

Investigators examined available CCTV, which did not capture the police interaction with Mr Beynon, and accounts from police officers involved.

There was no police body-worn footage of the incident. Investigators also reviewed statements gained from several local residents who witnessed Mr Beynon in the street that evening and traced and interviewed other witnesses.

A post-mortem examination was carried out along with toxicology tests. Investigators consulted with a specialist in emergency medicine focusing on the effect of Taser and the first-aid treatment given to Mr Beynon.

A cardiologist, and a College of Policing expert in the use of Taser and the tactical options available to officers, were also consulted and data from the officer’s Taser was downloaded and carefully analysed.

In addition, investigators looked at the handling of a phone call from Mr Beynon’s father to Dyfed-Powys Police that morning, which expressed concern for his son’s welfare, an ex-soldier who had been suffering the effects of post-traumatic stress disorder. The investigation considered concerns raised by Mr Beynon’s family about the use of Taser and the police response to this call from his father.

The pathologist who carried out the post mortem found: “The most significant pathological finding is of incised wounds to the neck (a ‘cut throat’), having the appearance of self-inflicted injury in keeping with having been caused by broken glass. A ‘cut throat’ provides an adequate explanation for cardiac arrest and death due to external blood loss.”

The medical expert, consulted for the investigation, stated: “I believe that a severed internal jugular vein represents a very severe injury and Spencer Beynon would have died in these circumstances from blood loss regardless of the use of Taser.”

He added that he had no concerns about the care offered by police officers to Mr Beynon and that by the time of his collapse ‘his condition was irretrievable’.

The investigation found that officers faced a “dynamic situation” that evening when responding to calls about a man, later identified as Mr Beynon, having smashed a window, threatened someone with acid, and acting erratically in the street.

The police officer who Tasered Mr Beynon said he did so for his own safety, and the safety of other officers and members of the public. It was noted that there were varying eye-witness accounts as to whether Mr Beynon was moving and the extent of any movement immediately before the Taser discharge.

However, the investigation found that the call from Mr Beynon’s father could have been given a higher response grading than ‘scheduled’, and that more information could have been logged on police systems.

IOPC Director for Wales, Catrin Evans, said: “I offer my deepest sympathies to Spencer Beynon’s family and friends for their devastating loss.

“Mr Beynon was sadly suffering from the effects of post-traumatic stress disorder after having served in the Army for a number of years.

“Evidence gathered by the IPCC investigation indicated that Mr Beynon had suffered a self-inflicted catastrophic neck wound by the time police officers arrived. Officers faced a dynamic situation and the investigation found insufficient evidence to justify any disciplinary proceedings against any officer.”

Following the conclusion of the investigation in October 2017, the IPCC shared its investigation report with the coroner, Dyfed-Powys Police and Mr Beynon’s family. The IPCC suggested an area of learning for Dyfed-Powys Police around the resourcing and availability of the mental health triage team then working with the force, and further consideration of how ‘out of hours’ cases that raise mental health concerns should be handled.