Cumbria Constabulary has become one of the first police forces in the
country to invest in the latest state-of-the-art thermal imaging camera
to help track down criminals as part of its ongoing crime-prevention
campaign.

Cumbria Constabulary has become one of the first police forces in the country to invest in the latest state-of-the-art thermal imaging camera to help track down criminals as part of its ongoing crime-prevention campaign.

Officers have been using the heat-seeking technology from police helicopters for several years, but now have a hand-held device they can carry on patrol.

The US-made FLIR H-Series handheld camera is the first such device to be introduced in Cumbria and enables officers to see and record footage of suspects and vehicles up to 1km away  in complete darkness and through rain, fog or smoke.

The camera allows officers to see heat rather than light, helping them to track down criminals in all weathers  even if they are wearing dark clothing or hiding in bushes. It can also be used to find items that have been discarded or hidden by people fleeing a crime scene.

Supplied by Somerset-based Focus 2000 Infrared Ltd, the device will initially be used in North Cumbria but can be taken around the county to help tackle crime.

The state-of-the-art camera has been introduced to support an ongoing policing operation to tackle burglary in the Penrith area.

Inspector Richard Quinn from the Penrith neighbourhood policing team said: We have recently seen a rise in the number of burglaries in isolated and rural areas of North Cumbria, which can be more vulnerable to thieves and more and difficult to investigate due to their location.

We are committed to preventing and detecting these sorts of crimes, and are using the most up-to-date technology to help us track down offenders.

Trained officers will use the handheld device during the hours of darkness when responding to reports of burglary and thefts and any other incidents where the device will help to enhance our response.

The camera allows us to detect body heat so there is nowhere for criminals to hide. It will be a welcome addition to the tactics we employ on a day-to-day basis to deter potential thieves and catch offenders.

We also hope to use the camera for searching for lost or missing people and to identify premises that are involved in drugs offences.

These cameras see thermal, or infrared, energy emitted from an object, ie, light that is not visible to the human eye because its wavelength is too long to be detected (the part of the electromagnetic spectrum that we perceive as heat).

The amount of radiation emitted by an object increases with temperature; therefore, thermography allows variations in temperature to be seen. Cooler temperatures show up as patches of blue, while warmer temperatures appear as reds, oranges and whites.

Current thermal imagers are based on technology that was originally developed for the US military in the 1950s to help see and target enemy forces in the dark or across a smoke-covered battleground.

The properties that have made infrared detection so valuable to military services around the world also make it an essential tool for law enforcement.

Government and airport personnel even used thermography to detect suspected swine flu cases during the 2009 pandemic.

The latest thermal imaging cameras include image and video storage for evidence gathering, a USB2 connection and real-time clock. 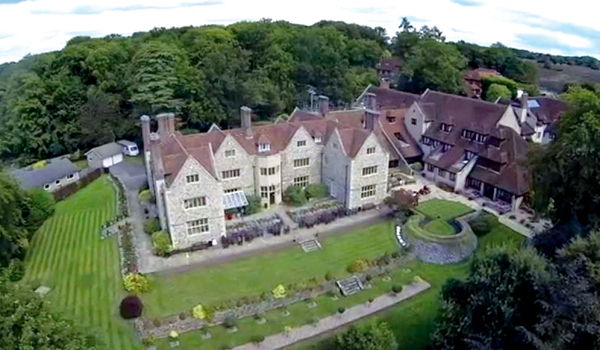