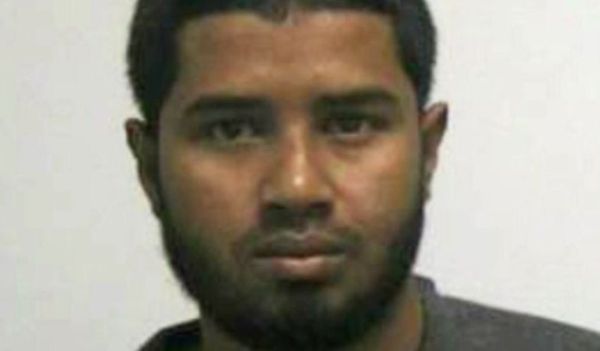 New York subway bomb suspect Akayed Ullah reportedly posted a warning on Facebook to US President Donald Trump just before the terror attack. The Bangladeshi lone-wolf alleged attacker, who wounded himself and three more people including a police officer, was inspired by Islamic State (Daesh), according to federal prosecutors. The 27-year-old  facing charges of criminal possession of a weapon, a support act of terrorism and making a terroristic threat, wrote: Trump you failed to protect your nation. He struck during Mondays (December 11) morning rush-hour in a long walkway between trains at the worlds busiest transport hub between Times Square and Port Authority Bus Terminal. During a search of his Brooklyn apartment, investigators recovered a passport with the words “O America, die in rage” scrawled in it. He hoped to “terrorise as many people as possible” and cause maximum damage with a bomb filled with metal screws and detonated by a trigger made with Christmas lights. Hours after the explosion, Mr Trump cited the background of the bomber in renewing his call for closer scrutiny of foreigners who come to the country and less immigration based on family ties. Mr Ullah, who told investigators he wanted to retaliate for American action against Daesh extremists, came to the US from Bangladesh in 2011 on a visa available to certain relatives of US citizens. “Today`s terror suspect entered our country through extended-family chain migration, which is incompatible with national security,” Mr Trump said in a statement that called for various changes to the immigration system. Earlier, White House spokesperson Sarah Huckabee Sanders said Mr Trump`s proposed policies “could have prevented this”. Mr Ullah strapped on a crude 12-inch home-made pipe bomb with Velcro and cable ties, slipped unnoticed into the nation`s busiest subway system and set off the device, the New York Police Department (NYPD) confirmed. The device did not work as intended; authorities said, and the suspect was the only person seriously wounded. But the attack sent frightened commuters fleeing through a smoky passageway. The low-tech bomb used explosive powder, a nine-volt battery, match heads, sugar and Christmas lights. Investigators said the suspect was seen on surveillance footage igniting the bomb. In the end, it was not powerful enough to turn the pipe into deadly shrapnel, but four police officers were hailed as heroes for pinning the alleged terrorist to the ground after it exploded. The officers even grabbed a mobile phone from the terror suspects hand which they feared he could use to trigger another blast  and tore the bomb device off his chest.