The emergence of new camera-related surveillance technology has prompted the Information Commissioners Office (ICO) to begin consultation on an updated version of its CCTV code of practice.

The emergence of new camera-related surveillance technology has prompted the Information Commissioners Office (ICO) to begin consultation on an updated version of its CCTV code of practice.

Although it was revised in 2008, the ICO believes the code now needs to take particular account of the increasingly widespread use of technologies such as automatic numberplate recognition (ANPR) and body-worn video (BWV) cameras.

Its fair to say that 2000, when we first published our guidance on CCTV, feels like a very long time ago. Back then, what we meant by CCTV needed little explanation, immediately conjuring up thoughts of video cameras on poles, explained Jonathan Bamford, head of strategic liaison at the ICO.

How times change. Weve begun consulting on an updated version of our CCTV code of practice that includes everything from automatic recognition of car numberplates to flying drones.

Those two examples are both from the emerging technologies section, which perhaps makes for some of the most interesting reading. Theres a section in there on BWV cameras, for instance, which have attracted headlines recently as the Metropolitan Police Service announced their rollout.

But while the examples in the guidance may be new to some, he said, the underlying principles remain the same: organisations need to take the time to think through how cameras and the information they capture will be used.

Explaining the consultation his ICO blog, Mr Bamford said: Although CCTV clearly has its benefits, it can also clearly be intrusive. What thoughts been given to the views of the people it will be filming? Whats going to happen to the hours and hours of recorded footage and information? And what other less intrusive ideas have been thought about?

The guidance weve put out for consultation includes a good example around BWV cameras. The camera may prove invaluable if switched on by a parking enforcement officer when they fear someone is becoming aggressive, but does it need to be recording when someone has simply stopped them to ask for directions?

This code also covers the use of other camera-related surveillance equipment such as ANPR and remotely-operated vehicles (drones).

But its not just technology and practice that have changed. The regulatory environment has too, with specific legislation aimed at some operators of surveillance cameras. The ICO has taken enforcement action involving both numberplate recognition and cameras recording peoples conversations in taxis. The revised guidance deals with these changes too.

And getting it right is more important than ever. Not only does the Data Protection Act 1998 continue to put clear obligations on organisations using CCTV, but public opinion is perhaps much stronger than 14 years ago.

Theres awareness by the public of the benefits and drawbacks of surveillance. The Department for Transports recent consultation on whether local authorities are now going too far in their use of cameras to detect parking and other offences shows continued public and political concern.

Although our original code was revised back in 2008, its important that its bang up-to-date. This doesnt just help operators comply with the law and adopt good practice; it helps them inspire public trust and confidence in their surveillance activities.

Responses to the consultation that can be found on the ICO website must be submitted by July 1.

Surveillance systems have advanced greatly since the last version of the code was published. However, the ICO says the emergence of new technologies present novel issues. The consultation looks at a few of the more prevalent current technologies, particularly the two most widely deployed by police forces  ANPR and BWV cameras  and provides an oversight as to how to approach them:

The capabilities of ANPR systems and their use have increased since the last revision of this code. The level of data collected, analysed and used, the increased ease with whic 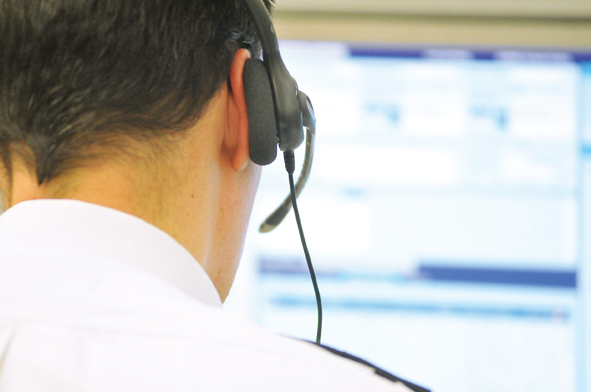