Londons approach to firearms must adapt as gun crime is spreading out of gang disputes, a report has found. 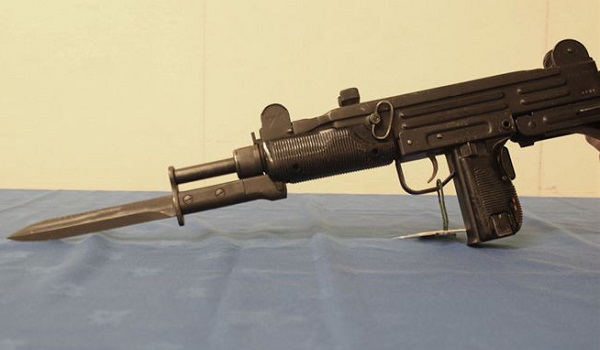 Londons approach to firearms must adapt as gun crime is spreading out of gang disputes, a report has found. More than 2,500 gun crimes were recorded in the capital in the 12 months to October 2017, according to Londons police and crime committee  a 44 per cent increase in just three years. Meanwhile, the proportion linked to gang violence has remained steady, which the committee claims is evidence that the traditional drivers of offending are changing. The supply of guns into the UK from abroad is a growing concern, particularly due to the use of technology and the dark web. However, the number of guns on the streets remains unclear. The police and crime committee has now called for London Mayor Sadiq Khan to review his strategy for tackling gun crime and to consider a more wide-ranging response. Chair Steve OConnell said: The mayor is well placed to support action to reduce the number of guns on the streets and the risk of individuals becoming involved in gun crime. The question for the mayor is whether guns require a distinct and specific approach to prevention and intervention. What we cannot do is allow it to evolve into the kind of situation the capital faces with other serious violence, most notably knife crime. The report, published on Tuesday (January 23), found the Metropolitan Police Service (MPS) recorded 2,542 firearms offences in 2016/17, compared with 2,193 in 2016 and 1,755 in 2014. A total of 770 incidents led to weapons being fired  58 more than the previous year  while 291 more offences were recorded with no discharge. Around three quarters of gun crimes involved lethal weapons such as shotguns or handguns, and the number of lethal guns that are fired has risen by around 20 per cent since 2012. However, the high number of recorded lethal weapons may be because all offences where the kind of firearm used is unknown are categorised as lethal. Just ten per cent of gun activity is connected to gangs, but they tend to be involved in the highest harm behaviour. Gangs are responsible for 18 per cent of incidents where guns are fired but more than four in ten offences where lethal weapons are discharged. Gang-related gun crime has also reduced slightly since 2014, potentially due to progress by the MPSs Trident team. The police and crime committee said this may indicate a shift of gun possession and use away from gangs. In the year to October last year, almost six in ten gun crime offenders were aged 25 or younger and around a third of victims fell in this age bracket. These statistics have remained fairly stable although the MPS acknowledged people involved in gun crime are getting younger. The number of legally owned firearms that are stolen is also surprisingly low, with single figures for rifles, pistols and revolvers and low double figures for shotguns. Instead, growing numbers of weapons are being brought in from overseas, and criminals are increasingly exploiting technology to access firearms. Much of the traffic is still coming from the US but increasing numbers are being brought in from Eastern Europe, particularly de-commissioned firearms that are easily convertible into viable weapons. The committee raised particular concerns about use of the dark web to buy separate parts of guns and assemble them with a small amount of effort. It has proposed introducing specialised support for victims of gun crime, continuing engagement with technology companies to limit access to gang videos, and increasing education and awareness-raising campaigns. Martin Griffiths, a trauma surgeon at the Royal London Hospital, said: Its not about sticking plasters. Not about sewing up patients. Its about preventing injuries, understanding communities, supporting communities and investing in youth.