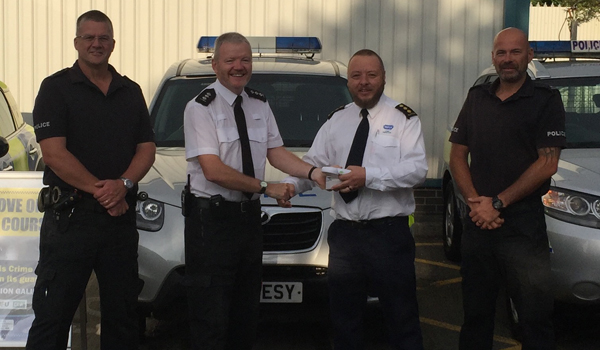 Lincolnshire Police has received seven new microchip scanners to help it bring even more hare coursers to justice. The devices, donated by the RSPCA, will allow officers to track down the owners of dogs that are abandoned after being used in the bloodsport. They will bolster Operation Galileo  Lincolnshire Polices force-wide crackdown on coursing. Last year the force dealt with more than 250 offenders as part of the operation and seized 31 dogs. It has recently purchased new 4×4 vehicles as well as quad bikes, a drone and night vision cameras to improve its response to wildlife crime. Lincolnshire Police also intends to upgrade its Automatic Number Plate Recognition (ANPR) network so offenders can be more easily traced. The investment comes after an association of farmers and landowners warned the upcoming harvest season may lead to increased reports of hare coursing. Ben Underwood, regional director of CLA East, said many offenders travel long distances to take part in coursing in Lincolnshire, partly due to the countys large hare population. Chief Inspector Jim Tyner said: We are extremely grateful to the RSPCA. We already work closely on issues of animal welfare and RSPCA inspectors also join us on Operation Galileo patrols. Dogs involved in hare coursing are sometimes abandoned in a bid to get away from police patrols. The new scanners will make it easier for us to link dogs involved in hare coursing with their owners.