Offenders caught sharing intimate images or threatening to disclose them without consent have been warned there is “no place” for abusive and manipulative behaviour as a new law comes into effect. 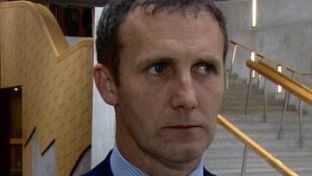 Offenders caught sharing intimate images or threatening to disclose them without consent have been warned there is “no place” for abusive and manipulative behaviour as a new law comes into effect. The Abusive Behaviour and Sexual Harm (Scotland) Act 2016 gives police and prosecutors “robust powers” and makes it easier to prosecute so-called “revenge porn”, Scottish Justice Secretary Michael Matheson says. Anyone convicted faces up to five years in prison. The new legislation, which was passed unanimously by MSPs in March last year, is aimed at addressing a growing problem, as easy access to devices like smartphones means pictures and videos taken with the expectation of privacy can now far more easily be shared publicly online through outlets such as social media. A public awareness campaign reinforcing the criminal consequences of sharing intimate images or films of a current or former partner without their permission is being launched alongside the new legislation. The campaign has been developed in partnership with Police Scotland, the Crown Office and Procurator Fiscal Service, Scottish Women`s Aid (SWA), Rape Crisis Scotland and ASSIST. Earlier this year, the Scottish government used hard-hitting posters to raise awareness. Women`s rights groups said sharing intimate photographs and video caused “devastating harm” to victims. Mr Matheson said: “Modern technology gives us the potential to link up or keep in touch with friends and loved ones around the world and opens up incredible opportunities, but the scale of its reach means that when it is abused to intimidate, harass or expose someone in this way, the impact can be hugely damaging. “There is no place for this abusive and manipulative behaviour in Scotland, and the threat of sharing images without consent will be viewed just as seriously as the act of sharing. “The maximum penalty of up to five years reflects the serious nature of this crime and anyone who shares or threatens to share an intimate image without consent will feel the full force of the law.” Marsha Scott, chief executive of SWA, said: “So called `revenge porn` is not about revenge and it`s not about porn. It`s about power, control and humiliation. “Sharing or threatening to share intimate pictures or videos of someone without their consent causes devastating harm to victims and it is absolutely right that the law should reflect this.” She said victims have considered self-harm and suicide after intimate images were shared without their consent. “The fear and anxiety it creates can creep into every corner of a victim`s life and relationships. It`s absolutely unacceptable and it is never the victim`s fault.” The new offence:  covers photographs or films showing people engaged in a sexual activity which would not usually be done in public, or with their genitals, buttocks or breasts exposed or covered only with underwear;  does not cover the sharing of other materials such as private text messages and emails which are dealt with under separate legislation;  does not apply to sharing photographs of naked protests or streakers at sports matches; Research commissioned by SWA surveying 1,137 adults in Scotland found more than three-quarters (78 per cent) of Scottish adults believe it should be illegal for someone to share an intimate image they have been sent. A total of 82 per cent said it should be illegal for someone to share an intimate image they have taken of their partner without their consent.