More than a third of those referred to the counter-radicalisation Prevent programme have experience of domestic abuse, according to new research commissioned by Counter Terrorism Policing (CTP). 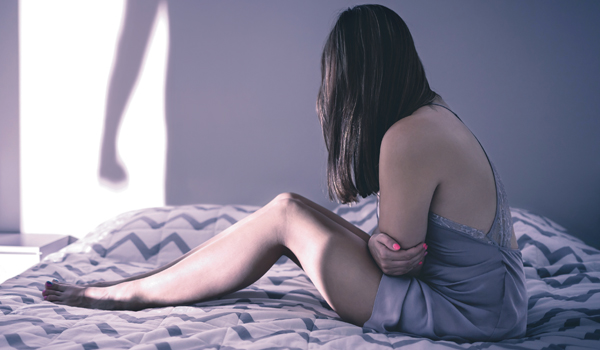 Out of 3,045 people referred to the programme in 2019, 1,076 had a link to a domestic abuse incident, either as an offender, victim, witness or a combination of all three.

CTP said this is significantly higher than the prevalence of domestic abuse in the wider population, and the data “should not be ignored”.

Incidents ranged from a child witnessing domestic abuse in their household, to individuals with convictions for attempted murder.

While not directly comparable, researchers said Office for National Statistics data for 2018/19 indicates that 5.7 per cent of the population were victims of domestic abuse  – while victims made up 15.4 per cent of Prevent referrals they analysed.

The research, named ‘Project Starlight’, was the result of extensive collaboration between CTP, the Home Office and a wide variety of charitable, community and third-sector organisations.

National coordinator for Prevent, Detective Chief Superintendent Vicky Washington, said: “This initial research has resulted in some statistically significant data which cannot, and should not, be ignored.

“Project Starlight has indicated a clear over-representation of domestic abuse experiences in the lives of those who are referred to us for safeguarding and support.

“It is absolutely vital that we use this information to shape what we do, and strengthen our response across all of policing, not just in counter terrorism.”

While the data showed a similar prevalence of domestic abuse incidents for both men and women referred to Prevent, men were most often recorded as an offender and women as a victim of abuse. Children (those under 16) were most likely to be a witness.

Where a link to a domestic abuse-related incident was identified, an Islamist ideology was recorded in 28 per cent of referrals, while extreme right-wing ideologies accounted for 18 per cent. Other categories included cases where vulnerability to radicalisation was present but with no clear ideology (21 per cent), or cases which were referred to Prevent but assessed as having no immediate radicalisation concerns (12 per cent). Researchers said this was consistent with the wider Project Starlight cohort, and was consistent across age groups.

Det Chief Supt Washington added: “It is more important than ever that we look beyond traditional boundaries of what we do, and work towards understanding the bigger picture.

“What Project Starlight demonstrates is that vulnerabilities associated with radicalisation are complex and far-reaching.

“This research is not about stigmatising anyone or claiming that one factor necessarily links to another, it’s about us doing all we can to strengthen our understanding and approach, to ensure the right support is in place. And it’s about a joint mission to protect vulnerable people from all forms of harm.”

Joan Smith, author of Home Grown: How Domestic Violence Turns Men Into Terrorists, added: “This is a very important piece of work, making the link between terrorism and other forms of male violence. It broadens our understanding of violent extremism, offering the opportunity to safeguard women and children, as well as doing the vital work of protecting the public.”

In light of these initial findings on the “striking prevalence” of domestic abuse in the lives of those being vulnerable to radicalisation, CTP now plans to develop this project further by using the research to improve both understanding and training for counter-terrorism and police safeguarding practitioners, and to inform ongoing work with wider safeguarding practitioners.

Further research is also planned to widen the initial data set and examine more closely the link between domestic abuse and the pathway to radicalisation.